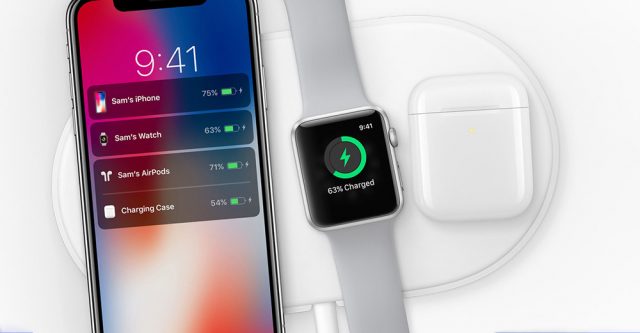 Apple’s AirPower charging mat was a dream come true for many of Apple’s consumers. Who wouldn’t want one charging pad to charge multiple items simultaneously? Unfortunately, it looks like you won’t be getting AirPower anytime soon. Apple announced on Friday that they had stopped trying to make the charger and had canceled the project.

Back in late 2017, when Apple first announced their first generation of smartphones that could be charged wirelessly, they also announced AirPower, a wireless charger for all of your Apple products. Now, over a year later after it was first announced, the AirPower still has not been released. In fact, there has been hardly any comment on the accessory from Apple over the course of the year.

It turns out that that’s because of technical difficulties. Citing difficulty with meeting their own “high standards,” Apple has canceled the project. “After much effort, we’ve concluded AirPower will not achieve our high standards and we have canceled the project. We apologize to those customers who were looking forward to this launch. We continue to believe that the future is wireless and are committed to push the wireless experience forward,” [1] said Dan Riccio, Apple’s senior vice president of Hardware Engineering in an emailed statement.

The decision to stop working on the project came so quickly, however, that the new AirPods 2 case has an illustration of an AirPower on it. Apple doesn’t give much of a reason for not releasing their AirPower, although there have been some rumors concerning heat management in the device. Although the concepts of wireless charging are pretty basic, they become more difficult when you start adding in more scenarios, such as placing multiple devices on a pad and getting them to charge simultaneously. [2]

Maybe AirPower will be back next year, in a physical form.