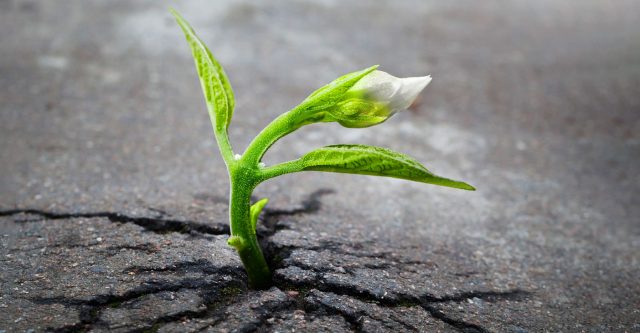 Plant sprouting from the ground.

On January 3rd China landed its Chang’e 4 spacecraft on the far side of the moon. [1] Today, twelve days after the landing, the seeds planted inside a canister in Chang’e 4 have begun to sprout. This is the first time plants have grown on the moon.

The Dark Side of the Moon

China landed its spacecraft, Chang’e 4, on the “dark side of the moon” in the beginning of January, becoming the first nation to do so. Now China and Chang’e 4 are achieving another first. A seed is successfully germinating on the moon. “This is the first time humans have done biological growth experiments on the lunar surface,” said Xie Gengxin, [2] who has led the design of the plant experiment, on Tuesday.

Chang’e 4 was launched with a canister filled with cotton seeds, Arabidopsis seeds (a small plant of the mustard family) and potato seeds, and oilseed rape seeds, as well as fruit-fly eggs and yeast. [3]

On January 15th it was reported that one of the cotton seeds had begun to sprout. So far none of the other plants have begun germination.

Not the Last You’ll see of China

China says that there are more missions planned. And has confirmed the launch of Chang’e 5 by the end of the year. Chang’e 5 will be the first probe to return samples from the moon to Earth since the 1970s. [4] These missions will begin laying the groundwork for a lunar research base.