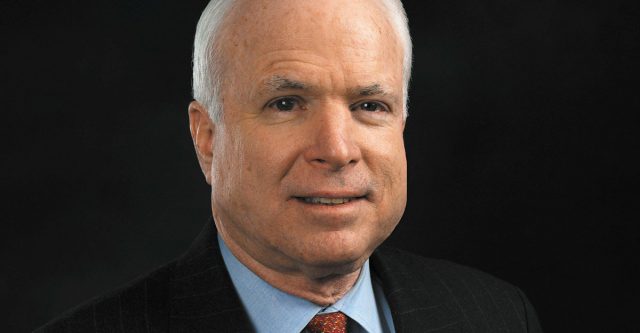 Senator John McCain’s death was a tragedy for many people. He was an American politician. He served as the senior United States Senator from Arizona, a seat he was first elected to in 1986. McCain was a naval aviator in the Vietnam War. In 1967 his plane got hit shot down in enemy territory, and he became a prisoner of war for the next six years. He retired from the Navy in 1981 and moved to Arizona where he began his life in politics. In 1982, McCain was elected to the United States House of Representatives, where he would serve two terms. In 1987 he was elected to the United States Senate and had been there ever since.

In July of 2017, John McCain was diagnosed with brain cancer. Since this cancer diagnosis, he has reduced his role in the Senate. On August 24th John McCain decided to stop medical treatment, just a little over a year after he revealed he had been diagnosed with glioblastoma. According to the New York Daily News the family announced their decision on Friday, saying that he was stopping treatment for cancer.

U.S. Sen. John McCain, a war hero who survived five years as a prisoner of war in Vietnam, served three decades in Congress and went on to become the Republican Party’s nominee for president in 2008, died Saturday. He was 81 years old. [1]

John McCain passed the two days after stopping medical treatment. As a Republican John McCain occasionally disagreed with his party’s stance on issues. His friends and family will miss him. Rick Davis read Mccain’s farewell statement after he passed:

“My fellow Americans, whom I have gratefully served for sixty years, and especially my fellow Arizonans, “Thank you for the privilege of serving you and for the rewarding life that service in uniform and in public office has allowed me to lead. I have tried to serve our country honorably. I have made mistakes, but I hope my love for America will be weighed favorably against them. [2]