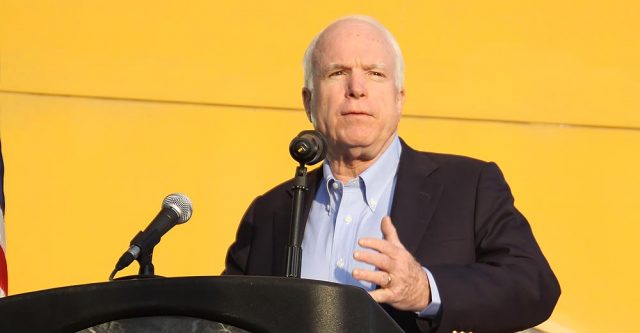 John McCain is an American politician. He is serving as the senior United States Senator from Arizona, a seat he was first elected to in 1986. He was a naval aviator in the Vietnam War. In 1967 his plane got hit shot down in enemy territory, and he became a prisoner of war for the next six years. He retired from the Navy in 1981 and moved to Arizona where he began his life in politics. In 1982, McCain was elected to the United States House of Representatives, where he would serve two terms. In 1987 he was elected to the United States Senate and had been there ever since.

In July of 2017, John McCain was diagnosed with brain cancer. Since this cancer diagnosis, he has reduced his role in the Senate. On August 24th John McCain decided to stop medical treatment, just a little over a year after Mccain revealed he had been diagnosed with glioblastoma. According to the New York Daily News, the family announced their decision on Friday, saying that he was stopping treatment for cancer.

“John has surpassed expectations for his survival,” the statement reads. “But the progress of disease and the inexorable advance of age render their verdict.

As a Republican John McCain occasionally disagreed with his party’s stance on issues.