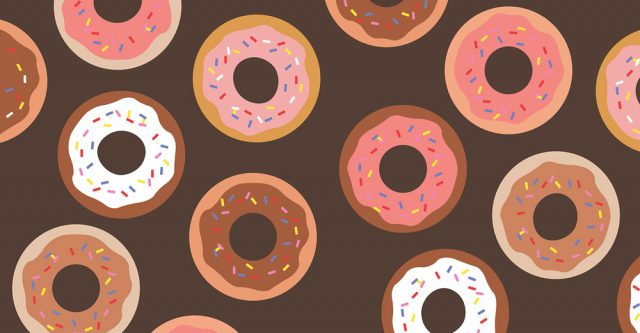 During World War I, The Salvation Army’s “Doughnut Lassies” came up with an idea to boost the troops morale by making donuts. Now, on the first Friday of June every year, we celebrate National Donut Day. Although this might sound like just another food holiday that dominates the calendar, it’s also an easier and cheaper way to get the donut(s) you’ve been craving as many stores offer a deal on donuts.

The first Nation Donut Day was held in June in 1938 and since then, the U.S. has continued to celebrate donuts every June (and every other month of the year). If you’ve been putting off getting a donut for a while now, this is your sign just to go ahead and buy your donut. With National Donut Day being today, many stores are celebrating by offering “buy one get one” deals along with old fashioned free donuts.

To get you started on the right foot today, we compiled a list of popular stores that are offering big-time donut savings today only.

Krispy Kreme – Krispy Kreme is offering free doughnuts all day, and if they give away one million doughnuts today, they’ll have another doughnut giveaway this month.

Dunkin Donuts – Buy a beverage and get a free doughnut.

Walmart – Head to the bakery section and grab a free glazed doughnut.

Kum & Go – Use their app to get a free doughnut.

Duck Donuts – Walk in and grab a free donut.

If a doughnut store didn’t make it on the list that doesn’t mean it doesn’t have a doughnut deal today. Even if your favorite doughnut shop isn’t handing out free doughnuts today, you can buy one, or two, just to celebrate this holiday.