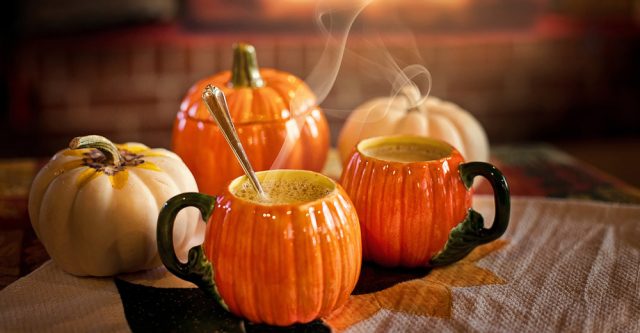 Autumn might not officially begin until September 23, but that doesn’t mean that you have to wait a whole month to have a fall treat. This year, fall is starting a little early, on August 27, Starbucks dropped its Pumpkin Spice Latte and, for the first time in over 15 years, Starbucks introduced another pumpkin-flavored coffee. Starbucks isn’t the only place that’s rolling out their pumpkin-flavored beverages either, Dunkin’ Donuts and Dairy Queen have also gotten into the pumpkin spirit long before Labor Day- also known as the end of summer.

It’s been a long summer and by now most of us are tired of berry-infused beverages that have been the star for the hot summer months. Starbucks, Dunkin Donuts, and Dairy Queen are all ready for autumn to be here already and this August, they’re all releasing some pumpkin-flavored items back into their menu again.

Of course, there has been some debate on how early is too early to release a pumpkin-flavored drink, but by the third week of August, it’s fine to whip out the fall decorations and eat pumpkin pie flavored munchkins according to some of our favorite stores.

On August 21 Dunkin’ released their fall lineup with pumpkin-flavored coffees with led by their new Cinnamon Sugar Pumpkin Signature Lattealong with a fresh pumpkin espresso. [1]

On the 28th, Starbucks dropped their old faithful fall drink- the Pumpkin Spice Latte (PSL). But this year, things are different, although the PSL has been around and has been a fan favorite since it first debuted in 2003, it will no longer be the only pumpkin drink on the menu. [3] Starbucks’ Pumpkin Cream Cold Brew is being released this year, and it may be the best thing to happen to PSL lovers who love the drink but hate the temperature.

According to Starbucks, the Pumpkin Cream Cold Brew is “made with Starbucks Cold Brew, vanilla, and finished with a pumpkin cream cold foam and a dusting of pumpkin spice topping.” That means it’s going to be a cold cup of pumpkin-flavored coffeed with pumpkin flavored foam and for those of you who don’t like the PSL due to sweetness, the new cold brew is looking to be a little more coffee, a little less sweet, and a lot more cold.