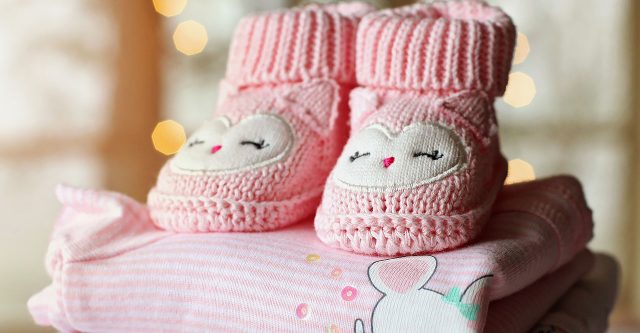 The Alton UMW is putting on a child clothing exchange.

This year has been tough on Planned Parenthood- especially after the Trump administration announced that Title X would begin prohibiting anyone receiving funding from them to provide abortion referrals to their patients. On August 19 Planned Parenthood stated that they would be withdrawing from the federal Title X funding program and begin charging new fees on their once free services.

On Friday, February 22, a new rule was posted by the federal Department of Health and Human Services Office of Population Affairs which made any organization that provides referrals for abortions ineligible fo Title X funding. This rule has been in the making to close the final loophole of the Title X program since 2018. The new rule went into effect on May 3, 2019 [1] with time for compliances from businesses. At the time it went into effect everyone who was a grantee of Title X for 2019 was aware that the new rule was being drafted and was likely to go into effect.

On Monday, August 19, the Trump administration said that any grantee that had signed up for Title X this year did so knowing full well of the policies that Title X had. “Some grantees are now blaming the government for their actions — having chosen to accept the grant while failing to comply with the regulations that accompany it — and they are abandoning their obligations to serve their patients under the program,” said Mia Heck, director of external affairs at Health and Human Services’ Office of the Assistant Secretary for Health.

All seven, direct grantees of Title X, Planned Parenthood facilities will withdraw from the federal funding, along with several hundred “sub” grantees- grantees that received funding through a third party. [2]

Alexis McGill Johnson, acting president, and chief executive of Planned Parenthood Federation of America said that Planned Parenthood does not plan on backing down. “We at Planned Parenthood will refuse to cower to the Trump-Pence administration.” [3] Instead, the clinics will now begin to charge small fees for their services and rely on “emergency” funding. Several states have pledged to come up with a new source of funding for Planned Parenthood, but funding and plans vary by state.

Earlier this year the White House announced changes to the almost 50-year-old Title X program. Title X hands out around $286 million to healthcare providers to help fund family services. Planned Parenthood used to be the recipient of $60 million of that money but not anymore. After the White House announced their changes to Title X, Planned Parenthood decided that they would rather sacrifice millions of dollars in federal funding than comply with the new rules.

The new rule- referred to as the “gag rule” by Planned Parenthood- only prevents healthcare providers, that receive Title X funding, from giving patients abortion referrals. Healthcare clinics can still mention abortions, but they can not tell patients where they can get one. [4]

Planned Parenthood calls it a gag rule because it interferes with the doctor’s relationship with the patient and the doctor’s ability to do what they think is best. The U.S. Department of Health and Human Services (HHS) has rejected the characterization of the policy as a gag rule, and wrote in an announcement that, “The Final Rule does NOT include the 1988 Regulation’s prohibition on counseling on abortion – characterized by some as a ‘gag rule’ – but neither does it retain the mandate that all grantees MUST counsel on, and refer for, abortion. Referral for abortion as a method of family planning is not permitted, because the statute written by Congress prohibits funding programs where abortion is a method of family planning.” [5]

The Trump administration, however, argues that this new policy allows taxpayers to feel confident that they are not indirectly funding an abortion.

If Planned Parenthood decision to stop receiving Title X funding remains through the legal battles, it could mark one of the antiabortion movement’s greatest recent victories.