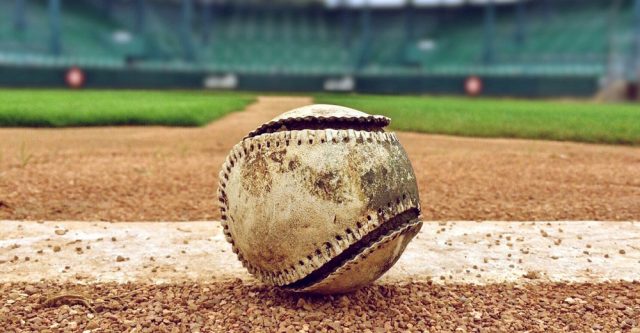 The Cinncinati Reds versus the Pittsburg Pirates on Sunday was an eventful game, especially after a Reds team member,  Derek Dietrich, hit a two-run homer in the second inning that bounced into the Allegheny River (which caused a two-minute scuffle from both teams). With all of that excitement, it can be easy to see why the audience managed to miss broadcaster Chris Welsh repeatedly mentioning that the Pirates pitcher, Chris Archer, was using pine tar for his pitches.

In the second inning, Dietrich managed to hit a two-run homer, and he couldn’t help but admire the ball sail away, bouncing into the nearby Allegheny River. The next time Dietrich went up to bat, the Pirates managed to show how annoyed they were with his antics when Archer threw a ball that landed right behind Dietrich’s back.

The home-plate umpire issued warnings to both teams, but the Red’s manager came out of the dugout, arguing that the pitch was intentional. After that, both dugouts and bullpens quickly emptied, leading to an almost two-minute scuffle on the field.

This happened after a pimped home run into the river.

Pitchers should be suspended for two weeks when they intentionally throw at hitters’ heads after getting “shown up.” Hitters pimping HRs is part of what makes baseball fun. You don’t like it? Get out. pic.twitter.com/Htt5Ap5H3u

Chris Welsh, who was the broadcaster for the FOX Sports Ohio broadcast, repeatedly brought up how there appeared to be pine tar in the Pirates pitcher, Chris Archer, belt. “You know it’s kind of interesting. You be the judge at home. Chris Archer, I believe, has got some kind of foreign substance. Looks to me like pine tar. Right inside the belt area right there. Reaches down — pitchers do this — they need to get a grip on the ball. … And then later we got a shot where his shirt is pulled up a little bit more and you can really see some dark substance on his jersey. Which is poor planning on Archer’s part,” [1] Welsh said during the 7th inning.

Although Archer’s fate, as far as for throwing behind the Red’s batter, is still undecided [2], there will undoubtedly, be many people who watch this game. As Welsh said “Well, and I think it will be watched by every other team. Because there are teams out watching every game. They’re going to realize, alright, you know. I just think it’s bad planning on the part of Archer,” Welsh insisted. “I mean, I think there are other pitchers that are, you know, getting a good grip on the ball but they’re not using something so blatantly obvious.”