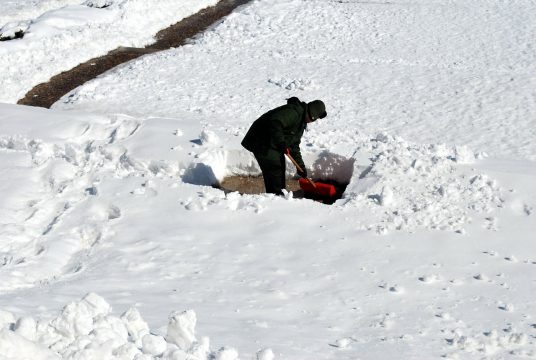 The Green Bay Packers are looking for as many as 700 volunteers to help remove snow out of Lambeau Field before the game begins at 5:40 pm Central Time. Even though it doesn’t say you have to be a Packers fan, there is one requirement to help. You have to be at least 18 years old. The Packers will provide shovels for all who come, and if you drive, you can temporarily park in Lot 6 on the west side until the shoveling is done. Workers are told to report Sunday morning, January 12, 2020, at Fleet Farm Gate on the west side of Lambeau Field. You will begin working at 6:00 am. The volunteers will be paid $12 an hour, and you will receive the payment immediately after you finish your work.

For everyone’s safety, all the people that want to help shovel the snow will have to go through walk-through metal detectors. You cannot bring bags, backpacks, and purses inside the stadium. After you finish shoveling snow, the Packers will not let you enter the game unless you have a ticket.

With Wisconsin being up in the northern part of the United States, they get a lot of snow, ice, and winter weather. But both Packers fans and Packers players are used to it. But other teams aren’t quite so much. Lambeau Field is expecting 8-10 inches of snow from Saturday night going into Sunday. At the time of the game, some snow showers could fall, the temperature to be around 21 degrees Fahrenheit, with some slight winds between 4 and 7 miles per hour.

The Green Bay Packers are in the divisional round of the National Football League playoffs. On Sunday night, January 12, they will be going up against the Seattle Seahawks, who have been preparing for this game all week. The kickoff will be at 5:40 pm Central Time. Whoever wins this game will go on to the NFC Championship Game.