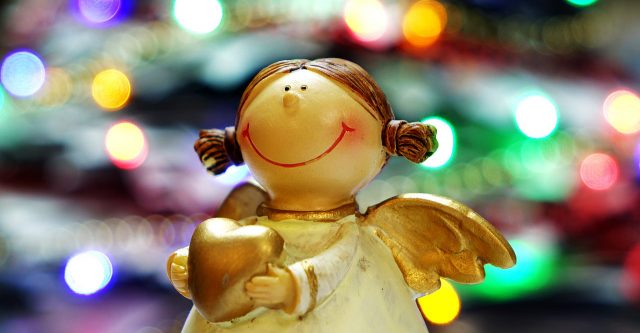 Christmas angel in front of lights.

On December 5th in Washington, D.C. President Trump reminded America of the true meaning of Christmas with his remarks at the National Christmas Tree Lighting Ceremony. Trump pointed out the birth in Bethlehem of Jesus Christ a little over 2,000 years ago and how that his life “inspires us to love one another with hearts full of generosity and grace.”

On December 5, President Trump participated in the National Christmas Tree Lighting Ceremony. He thanked the work of the Department of the Interior, the National Park Service, and all of the performers at the event before bringing up the history of the National Tree Lighting. After President Calvin Coolidge lit the tree in 1923, African American community centers held an outdoor worship service while the Washington Monument was lit up with a cross, “a powerful reminder of the meaning of Christmas,” said Trump.

“As the Bible tells us, when the Wise Men had come into the house, they saw the young child with Mary, his mother, and worshiped him… Jesus Christ inspires us to love one another, with hearts full of generosity and grace.”

“Each and every year at Christmas time we recognize that the real spirit of Christmas is not what we have. It’s about who we are. Each one of us is a child of God. That is the true source of joy this time of the year. That is what makes every Christmas merry. And that is what we remember at today’s beautiful ceremony – that we are called to serve one another, to love one another, and to pursue peace in our hearts and all around the world.”

Acknowledging the true meaning of Christmas isn’t a new topic for Trump, who has spoken of his distaste of the phrase “happy holidays” before. “We’re getting near that beautiful Christmas season that people don’t talk about anymore,” Trump said. “They don’t use the word ‘Christmas’ because it’s not politically correct. You go to department stores, and they’ll say, ‘Happy New Year’ and they’ll say other things.” [1]

President Obama came under a lot of flak for largely using the terms “seasons greetings” and “happy holidays” rather than “Merry Christmas” on his Christmas greeting cards each year. Representative Henry Brown later told FoxNews that changing the name only limits the Christmas spirit. “I believe that sending a Christmas card without referencing a holiday and its purpose limits the Christmas celebration in favor of a more politically correct holiday,” Brown said. [2]

“At Christmas, we remember this eternal truth: Every person is a beloved child of God,” President Trump said. “As one grateful nation, we praise the joy of family, the blessings of freedom, and the miracle of freedom. On behalf of Melania and her entire family, merry Christmas and God bless you all.” [3]