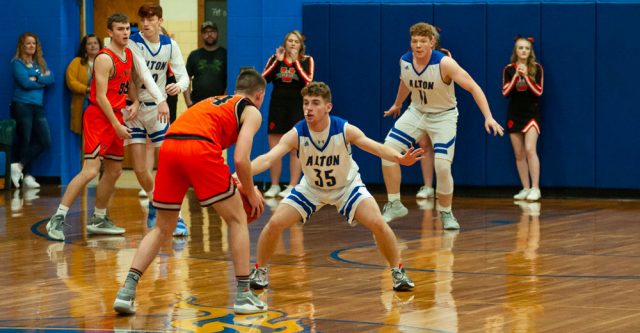 On Saturday, January 30, 2021, was the Big Spring Conference Tournament’s basketball championship games. The Alton High School Choir sang the National Anthem before the varsity boys game. Here are the winners of the games.

The Alton Comets lost to the Ellington Whippets for first place in the junior varsity tournament. For third place, the Bunker Eagles won over the Van Buren Bulldogs.

Brandon DeWolf (#2 for Comets) went up for two three-pointers in the beginning of the first quarter. DeWolf made another three-pointer later on in the quarter. The score at that time was 13-0. The first points of the game for the Eagles were from Cade Sutton (#42 for Eagles), who made a two-pointer. The score at the end of the first quarter was 15-6, with the Comets in the lead.

Rylan Steele (#35 for Comets) made a three-pointer for the team early in the second quarter. Brandon DeWolf made two two-pointers in a row to put his team up to 27-10. Right after that, DeWolf made two three-pointers, with one being a fade shot. The score at halftime was33-12, with the Comets in the lead.

All plays and scores courtesy of Alton Sports Network.