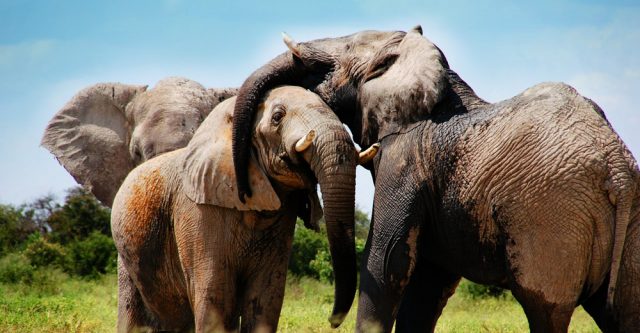 In 2014 Botswana introduced an elephant hunting ban after the Great elephant Census reported that the elephant population in Africa had dropped about 30% between 2007 and 2014. [1] By 2018 the elephant population was booming- specifically in the country of Botswana. After President Masisi was elected, he formed a committee in June of 2018 to review the hunting ban, by February of 2019, the committee recommended that the ban be lifted.

The International Union for Conservation of Nature (IUCN) has said that due to the increased number of elephants in Botswana, there is more contact and conflict between elephants and humans. The IUCN went on to say that the elephants don’t take well to human communities and can damage people’s livelihoods by” raiding crops, killing livestock, destroying water supplies, demolishing grain stores and houses, injuring and even killing people.” [2]

In a statement released by the country’s environmental ministry, they point out how harmful the surplus of elephants can be to communities. “The number and high levels of human-elephant conflict and the consequent impact on livelihoods was increasing” and that “predators appear to have increased and were causing a lot of damage as they kill livestock in large numbers.” [3]

In the past, elephant poachers have illegally killed elephants, hoping to get their ivory tusks to sell on the black market. Now, the Environment Ministry says that they don’t want that kind of hunting to begin happening again saying that they will “work with all stakeholders to ensure that re-reinstatement of hunting is done in an orderly and ethical manner.” [4]