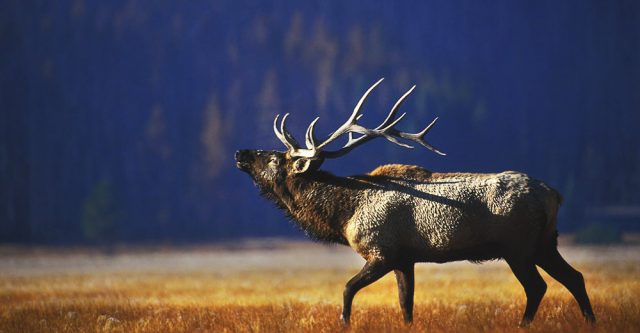 For years now, the Missouri Department of Conservation (MDC) has been working hard to expand the states elk population. Once the elk population reaches 200 elks, which is estimated to happen in 2020, MDC will begin holding limited elk hunting seasons for both archery and firearms.

Once, elk roamed Missouri as a robust native species of the state; eventually, however, they were hunted to extinction within the state’s borders. MDC began working in 2011 with Kentucky to reintroduce elk to the state of Missouri. Over the past eight years, MDC has continued to care for the animals, watching as the herd increases in size in Peck Ranch, Missouri.

Currently, the herd is about 175 animals and by 2020 MDC expects that the herd will reach 200 with an annual herd growth rate of at least 10 percent. With that in mind, MDC has already come up with a plan on how to control the elk population in the area by using hunting. Not wanting to hunt the elk into extinction again, MDC has devised a plan that will ensure that a limited number of elk are killed each season.

There will be a nine-day archery season for elk starting on October 17 and ending on the 25th, and a nine-day firearms season for elk, beginning December 12 and ending December 20. According to MDC Elk and Deer Biologist Aaron Hildreth, the exact number of permits allowed to the public for 2020s season is not yet determined, and it could be none if the herd numbers aren’t where they need to be by elk season. “If the elk population is below desired numbers in early 2020, the Conservation Commission may choose to not open the online application process or issue any permits for a fall 2020 hunt,” he explained. “We will then focus on 2021.” [1]

It won’t be easy for anyone hoping to bring down an elk in the coming years. Anyone over 11 years old with a hunter-education certification is allowed to purchase a $10 chance to get an elk permit. The permits will be assigned by a random lottery of all the applicants; if you’re a lucky applicant who gets chosen for a permit, you have to pay $50 for the actual permit fee. You may only apply once per person, per year, and if you happen to get chosen for an elk permit, you cannot enter again for another ten years.

The hunting zone will include Carter, Reynolds, and Shannon counties but will not include portions of Peck Ranch. “The allowed hunting methods for each season will be the same as for deer hunting,” Hildreth said. “The permits will allow for the harvest of one bull elk with at least one antler being greater than six inches in length. Successful hunters must Telecheck their harvested elk, like for deer.”