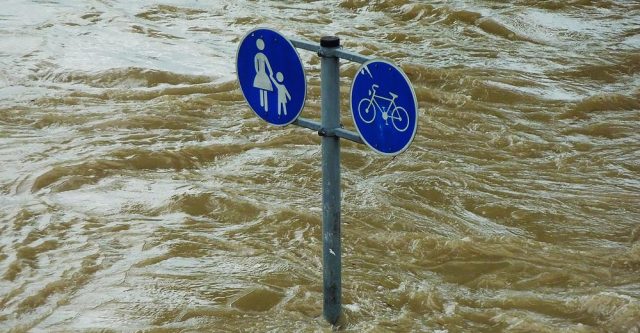 Spring in Missouri this year has been exceptionally wet, and those located near streams and rivers can attest to that. The Missouri and Mississippi rivers are overflowing, ruining homes and covering roads. The Missouri Department of Transportation (MoDot) has shut down many roads across the state, many of which are near the Mississippi and Missouri rivers.

Flooding in the State

For the past couple of months, rivers, creeks, and streams have all been at a constant high. Due to heavy rainfalls and the melting of snow farther north, the Missouri and Mississippi rivers have been rising, flooding the surrounding areas.

The Mississippi River is at the second highest level it’s ever been recorded at. The last time it was this high in 1927 [1] and the constant flooding of that year caused the government to build what is now known as the modern levee system along the river. The Mississippi River has been in “flood stage” for months now, impacting Missouri, as well as other states it runs through, economic and agricultural problems.

The Mississippi River isn’t the only river that’s overflowing in Missouri; the Missouri River has also been swelling, flooding nearby homes and fields. Jefferson City recently experienced flooding after the Missouri River rose to new heights, flooding railroad tracks and airport property.

Currently, almost 400 roads throughout Missouri are closed. [2] MoDOT warns travelers to be aware of road conditions before they start driving along with reminding them to obey all signs, including road barriers, along the road. Two feet of floodwater is enough to float your car and water moving at just 2 miles per hour is enough to sweep a car off a road or bridge. If your car is caught up in the water, get out and seek higher ground immediately, many flood-related deaths happen because people try to help their car after it gets stuck in water, according to MoDot.