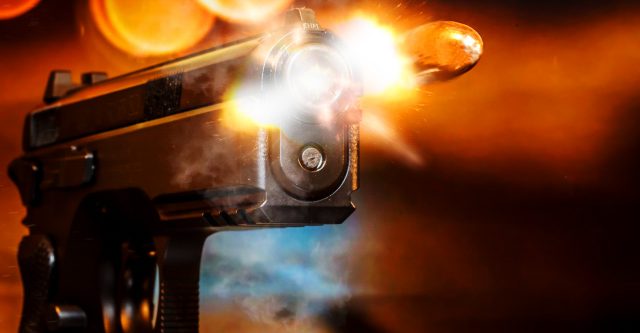 New Jersey Governor Phil Murphy signed six new gun bills into laws this past June. One of those laws put a new restriction on magazines. Owners of guns that had a magazine capacity of over ten rounds were to either permanently modify them or transfer them to somebody who is allowed to own them legally.

The law gave 180 days for gun owners to do this. On Monday, December 10th, the 180 days will expire, and although law enforcement officials refused to say how they will be enforcing this law, they did say that they would be enforcing the laws of the state.

“We will enforce the law of the state,” Lieutenant Theodore Schafer of the New Jersey State Police said. “That’s our plan.” [1]

The law states that if any civilian is found in possession of a magazine that can hold more than ten rounds, they can be arrested and prosecuted. Having a ten or more magazine in your possession after the deadline will be considered a crime of the fourth degree under state law and carry up to 18 months in prison and up to $10,000 in fines or both. [2]

This law includes off-duty police officers. The average firearm issued to patrol officers hold 12 or more rounds which will be fine when they’re on duty but will be considered illegal as soon as the officer is off-duty.

NJ Governor @GovMurphy is endangering the life of every off duty NJ cop! Gang bangers, drug thugs and really bad guys don’t give a damn about magazine capacity… So he takes the good guy’s ammunition, and the bad guys are loaded for bear! @FoxNews @CNN @newsmax @DLoesch @ABC pic.twitter.com/b40cFsD9bF

The Association of New Jersey Rifle and Pistol Clubs brought a lawsuit up against the new law in June, declaring the law a violation of the second amendment. The lawsuit later failed, with the 3rd Circuit Court of Appeals declaring the confiscation law constitutional.

“Magazine bans do not deter criminals or improve public safety,” Chris Cox, executive director of the NRA’s Institute for Legislative Action, said in a statement. “Instead, they irrationally burden the rights of law-abiding gun owners. [3]

The New Jersey Attorney General, Gurbir Grewal, tweeted that the new gun law is a “sensible law to address mass shootings.” His tweet got over 300 replies, many of which suggested banning murder or making crime illegal.

This just in: for months, individuals have been challenging NJ’s limits on large capacity magazines—a sensible law to address mass shootings. Today, the court of appeals upheld the law. Big win for public safety and law enforcement safety! pic.twitter.com/xjc5B0x9H5