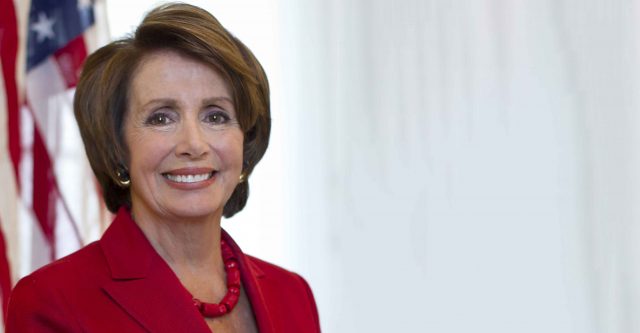 On the floor of the Democratically controlled “Lower” House, enough votes were cast on Thursday to usher in the third term of Nancy Pelosi as Speaker of the House of Representatives. Pelosi Regains Speakership as Democrats regain House majority. Pelosi is the only woman to hold the speakership. Only the second speaker in 70 years to regain the seat after losing it [1]. Samuel Rayburn did it in 1949 when he was elected to the Speakership to preside over the 81st Congress.

Pelosi’s election ends the one-party control of the Republicans over the last two years. Pelosi outlined the Democratic vision for Congress and the country asserting a historic mandate saying, “Our nation is at a historic moment. Two months ago, the American people spoke, and demanded a new dawn.”

Pelosi covered the main focus of her Speakership which included remarks concerning “America’s preeminence in the world,” “public education, workforce development, good-paying jobs and secure pensions,” “to address the disparity of income in America,” the middle class, among other things. She also made it clear that, to her, climate and environmental concerns are critical.

We must also face the existential threat of our time: the climate crisis – a crisis manifested in natural disasters of epic proportions.

She went further and said, “That is why we have created the Select Committee on the Climate Crisis. The entire Congress must work to put an end to the inaction and denial of science that threaten the planet and the future.”

Kevin McCarthy R-Calif. handed over the gavel to Pelosi. McCarthy was voted in as House Minority Leader by Republicans. Pelosi regaining the Speakership ends Paul Ryan’s term as Speaker. Ryan’s term had been marred by failed attempts to repeal the Affordable Care Act in whole,  pass long-term cuts to either Medicare or Social Security, and reduce the size of government in the way he hoped he could when he introduced a bill called the Roadmap for America’s Future Act of 2008. In that bill, he enunciated that the Government spending spree was going to bankrupt the country and reform was needed [3].