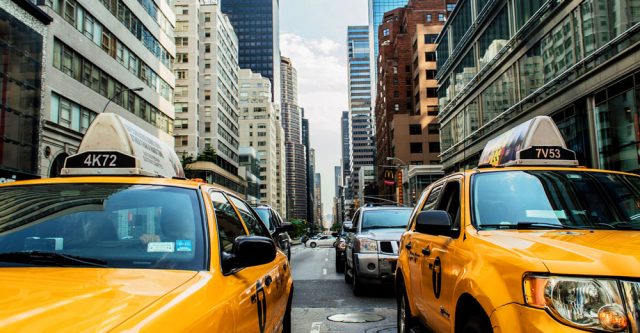 Earlier Amazon had announced plans to build another headquarters, this time in New York City. Amazon had estimated that a new headquarters would bring over 40,000 jobs to the city and landlords and residents alike were ecstatic. Unfortunately for them, Amazon met large opposition from New York politicians and, as a result, canceled their plans to establish a headquarters in the Long Island area.

After Amazon first announced its plans to build part of their second headquarters in New York, politicians and activists rose up to oppose this retail giant. Not only did they oppose of the $3 billion in tax incentives the state had offered Amazon but they also argued that the headquarters would cause pressure on local businesses and cause rent to spike.

Naturally, after the announcement of the retail giant coming to town, landlords began renovating their houses, expecting a surge of people moving into the area. According to StreetEasy, five weeks after Amazon’s plan was announced, 18.8% of homes for sale in Long Island City had their prices increase. For over five weeks before the announcement, the prices had remained unchanged. [1]

But then Amazon called off their new headquarters project. “After much thought and deliberation, we’ve decided not to move forward with our plans to build a headquarters for Amazon in Long Island City, Queens. For Amazon, the commitment to build a new headquarters requires positive, collaborative relationships with state and local elected officials who will be supportive over the long-term,” [2] Amazon wrote in a blog post.

Sam Musovic, who owns multiple apartments close to where Amazon had wanted to build its headquarters in the Long Island City neighborhood of Queens, New York, said that he would be protesting with other Queens residents in front of an Amazon book store on Friday.

Musovic reportedly took out a loan of over $1 million from the bank, expecting to get the money back when people began to move into the area.

On February 15th, Sam Musovic led a protest at an Amazon Books store near Herald Square. Although Musovic was present and still mad at Amazon, not all the protesters were there because they were upset with Amazon’s change of plans.

At least two of the participants told Patch that they had answered a Craiglist post which called for people to hold signs for $30 an hour. “I was just looking for jobs and came across that gig — I thought it was advertising-related,” said Donny Radwell, one of the protesters.

Charlie Perry was another protester, said the ad was deleted immediately after the event, but he managed to record a video of protesters receiving cash payments by an unidentified man.

Musovic and his spokesperson denied any involvement with the Craiglist post or payments, even when the phone number listed on Craiglist was the same number as Musovics representative. “I don’t know anything about that,” Musovic told Patch. “We were just trying to get Amazon back on the table.” [3]

The representative later denied accusations as well, telling Patch: “My number was listed all over the place. I didn’t necessarily know everybody who was texting me.” [4]