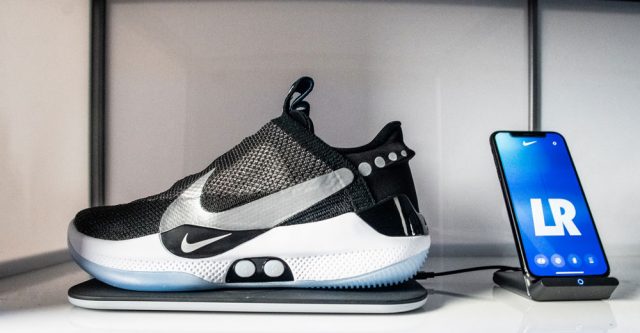 Nike released the “future of footwear” on Sunday. It’s a self-lacing shoe, called the Adapt BB, and comes with an app that users can use to tighten or loosen their trainer according to their preferences. Unfortunately for Nike, the app is failing to work.

Most were excited when Nike announced that it would be releasing a new shoe that could lace itself. It was hailed as the “future of footwear” and runs $350 per pair. The Adapt BB, Nike’s new basketball shoe, was designed with helping the wearer get the perfect fit and keep it.

Nike released the advanced shoe with a Nike Adapt, a platform that allowed users to create a custom fit by combining an app and a power-lacing system which is built into the basketball shoe.

“We picked basketball as the first sport for Nike Adapt intentionally because of the demands that athletes put on their shoes,” says Eric Avar, Nike VP Creative Director of Innovation. “During a normal basketball game the athlete’s foot changes and the ability to quickly change your fit by loosening your shoe to increase blood flow and then tighten again for performance is a key element that we believe will improve the athlete’s experience.” [1]

Adapt BB automatically tightens when you step into the shoe and by using either manual touch or the app, you can tighten or loosen the shoe according to what you’re doing. The app even allows the user to add multiple settings such as warm-ups or timeouts.

However, even though the shoe passed all of Nike’s tests with flying colors- it’s not cutting it for many customers. Customers are complaining that the Android version of the app only syncs with one shoe. One reviewer on Google Apps, Glenn Jeffries, wrote: “The software update had an error and now my right shoe won’t charge or turn on!!!! To spend $350 on a pair of shoes and not have it to work is embarrassing.” [2] Although the shoe can be manually controlled using buttons, what’s the use of paying $350 for a self-lacing shoe that you have to tighten (and loosen) yourself?