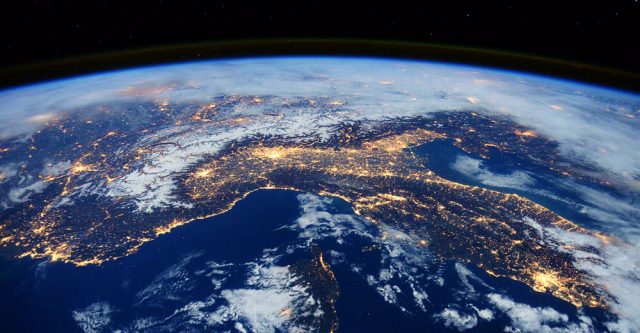 Earth, as seen from space.

Space access is estimated to be a $1 trillion market by 2040, which explains why so many companies are investing billions in the development of rockets. Arianespace, a European company, has designed Ariane 6, Europe’s next-generation space rocket. Now Ariane 6 is expected to get its first two launch orders in the next few weeks, a large step forward for the lesser known European company as it struggles for launch orders against SpaceX and Blue Origin.

SpaceX by Elon Musk and Blue Origin, owned by the Amazon CEO Jeff Bezos, have been pouring time and money into their rockets as they compete not only against each other but against the quickly approaching 2020 as well. [1]

ArianeGroup has invested over 400 million euros of its own funds into Ariane 6, which is a 3.4 billion euro development project. This project is vital for Europe’s independent access to space in future years.

Although Ariane 6’s creators promise that the rocket will be able to carry various satellites to assorted heights in earth’s orbit, there is still the matter of gaining enough commercial business to pay for the project. Right now the U.S. is planning around 30 institutional launches in the coming years, while as Europe has only planned 6.

Commercial businesses aren’t the only ones who make up Ariane’s market though. European government is also expected to use the rocket, even though they could use SpaceX for a fraction of the price Ariane charges.

“Europe continues to need its own access to space – the market of the future,” said Matthias Wachter with the BDI German Federation of Industry. “It doesn’t make sense to use European tax money to develop our own rocket but then launch satellites with competitors from the United States or Asia.” [2]

Ariane 6 is due to launch in 2020 and will cost an estimated 70 million euros per launch. That’s a large step up from SpaceX, which, with the help of reusable rocket technology and a promise of large U.S. orders, charges a lot less.