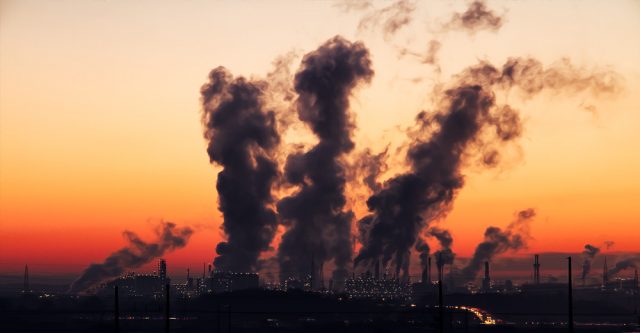 Plant with smoke against a sunset.

On Sunday a fire erupted from a Houston-area petrochemicals terminal, filling the air with black smoke. Authorities say that the fire will probably continue to burn for another two days, ending around Wednesday, due to the chemicals. All of the employees at the terminal made it out without injury.

Intercontinental Terminals Company, in Deer Park- which is located about fifteen miles from Houston, experienced an explosion due to a drop in water pressure [1] on one of the tanks which contained containing naphtha, a super light oil used to make high-grade gasoline, jet fuel and petrochemicals. The fire slowly got more and more intense and spread to other tanks which contained components of gasoline and materials used in nail polish remover, glues and paint thinner. [2]

Later, the water pressure returned to normal, but authorities have said that the fire could continue to burn. By Monday afternoon, firefighters had managed to put out the fires of all but three of the tanks.

At first, there was concern about the health hazard the dark, chemical filled posed. Deer Park is filled with about 34,000 residents, and Harris County Judge Lina Hidalgo is determined to make sure they stay safe. Hidalgo set up air monitoring and reviewed data from the state before lifting the shelter-in-place order that had been placed earlier. “The latest information available doesn’t show levels beyond a threshold that would make this dangerous,” she said. [3]

City and County officials have warned residents that the smoke from the fire could cause irritation to skin and eyes along with the possibility of causing breathing issues. Schools in the neighboring areas were closed Monday as a precaution but reopened on Tuesday morning.

This is the second fire at a Houston-area petrochemical facility in the past two days alone. Earlier a fire at an ExxonMobil plant happened, but it has since been contained.