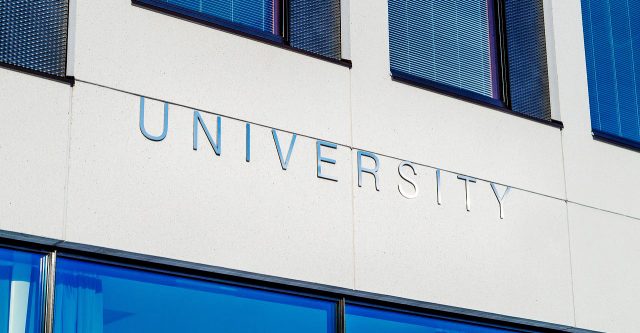 It turns out, not everyone who goes to Harvard or Yale is as smart as you think they are. On Tuesday, Federal prosecutors charged 33 parents in a massive cheating and bribing scandal. Things like test scores and athleticism were inflated and essays and photographs were falsified.

More and more, getting your kids into an elite college is key for future success in their life. If you fail to get your child into an Ivy League, or an equally elite college, you doom their future to a life of lower income. Unfortunately, the average annual pay for someone at a non-elite school is much smaller than the average annual income of someone who graduated from an elite school. “The median annual earnings for an Ivy League graduate ten years after starting amount to well over $70,000 a year. For graduates of all other schools, the median is around $34,000.” With that information in mind, sending your child to an elite college becomes all the more critical for success.

The schools don’t determine the income gap though, the students do. Stacy Dale and Alan Krueger published a research paper with the National Bureau of Economic Research in 2011. The essence of the paper is that when you take the quality of a student into account, then there is no major difference between graduating from an elite college to graduating from a community college. “when we adjust for unobserved student ability by controlling for the average SAT score of the colleges that students applied to, our estimates of the return to college selectivity fall substantially and are generally indistinguishable from zero.” [1]

So it’s more about your child’s character that makes them money than it is about what school they graduate from.

Unfortunately, some people don’t realize that no matter how rich you are, you can’t buy brains. Wealthy families, wanting to send their children to the top schools of America, have been hiring William Singer, the founder of The Edge College & Career Network, to help put their child into a college of their dreams.

Singer would help students cheat on their standardized tests along with bribing coaches to get them higher credentials then they would without his help. Students who had never played soccer before became soccer stars accepted into Yale on account of their athletic abilities. Kids suddenly had learning disabilities so they could take standardized tests with a rigged Proctor, who would make sure their test had a high score. Parents paid anywhere from $10,000 to over $500,000 to Singer to get their kids into an elite college. [2]

Mr. Singer appeared in a federal court in Boston on Tuesday and pleaded guilty on account of racketeering conspiracy, money laundering conspiracy, conspiracy to defraud the United States, and obstruction of justice. In his testimony, he referred to his helping parents as a “side door” to getting into elite schools. “If I can make the comparison, there is a front door of getting in where a student just does it on their own, and then there’s a back door where people go to institutional advancement and make large donations, but they’re not guaranteed in,” Mr. Singer said. “And then I created a side door that guaranteed families to get in. So that was what made it very attractive to so many families, is I created a guarantee.” [3]

Universities quickly heard about the charges against Singer and responded to them shortly after his trial. Stanford University’s head sailing coach, John Vandemoer, was bribed to accept to prospective students into the university. On Tuesday, the university fired Vandemoer. Other colleges fired some of their coaches after finding out about the fraud that had been happening.

Wanda M. Austin, the interim president of the University of Southern California, said, “It is immensely disappointing that individuals would abuse their position at the university this way.”