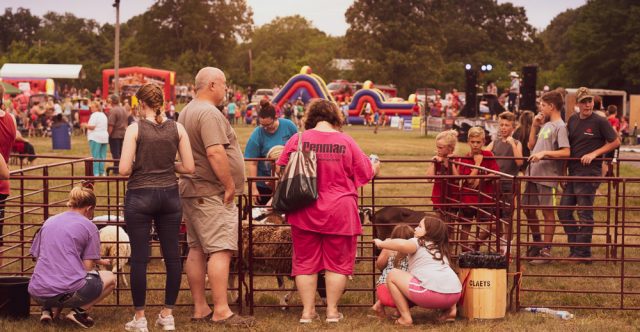 At 6:00 pm the park opened for games and booths. At 7:00 pm live music began. The parking was full as the weather was hot.

Water games for the children were an immediate hit. They created large mud puddles around children in the process of cooling off. What started as a drizzle turned to a light rain that the already damp children did not feel or get slowed down with. People threw tarps and wraps over the fireworks to keep them dry. The band shut down early due to thunder in the area. At 8:45 the evening’s big show began to light up the sky. Without a sound system. the boy scouts paraded the flag. Some people heard the national anthem.

And the fireworks began!

Although now raining, the non- stop fireworks display was breathtaking. Huge balls of fire lit the sky in honor of our country’s birthday. For a full half hour, the spectators enjoyed the show. When the fireworks finished going off, the rain let up.

Another year has passed in our nation’s history.