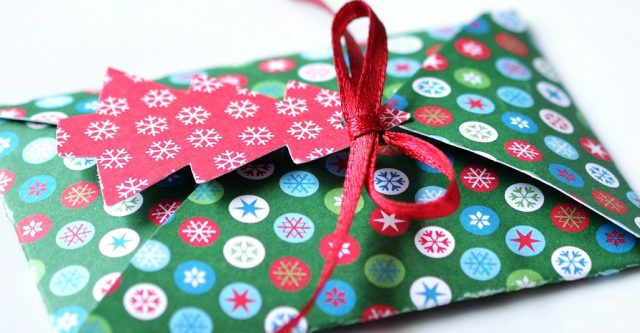 Did you receive eight Christmas cards last year? Are you considering skipping that tradition altogether this year? It’s such a hassle with no return. We have technology which allows us to video call our grandparents, three states over, and wish them a Merry Christmas. Why use snail mail?

In 1843 Sir Henry Cole worked at a post office in the UK and wanted to make mail used more by everyday people. He got together with his friend and made a card, somewhat like your current day postcard, and sold it to the public for one shilling. Or eight cents in today’s money. The original cards were sold with the slogan: “Just published, a Christmas Congratulations Card; or picture emblematical of old English festivity to perpetuate kind recollections between dear friends.” [1]

The Christmas card didn’t make it to America until around 1840s. Even then they were expensive and rare until the early 1900s when people began mass printing of cards. (The Hallmark cards came out of that era.) And ever since, Christmas cards have been popular with the public.

Or popular until around 2007. Since 2007, Hallmark saw a 33% decrease in Christmas cards purchased yearly. [2] Recently, the American Greeting Card Association researched the number of Christmas cards the average European, Canadian, and American household sent out. The numbers were a drastic drop from the 300. Europe and Canada averaged 11 cards per household per year, but America only averaged 8.

Where did all the Cards Go?

So what happened? Are there any specific reasons for barely any Christmas cards being sent any more? There are a plethora of excuses but no real reason for this happening. “The postage is too high.” “It takes too long to send a card.” “Paper is bad for the environment.”

So What Should You Do?

In the end, getting a Christmas card can make you feel special, knowing that someone took time out of their day to address an envelope specifically to you. So don’t feel bad if you’re the only person you know who’s sending out cards this holiday season. And don’t feel bad if you only receive eight cards back.