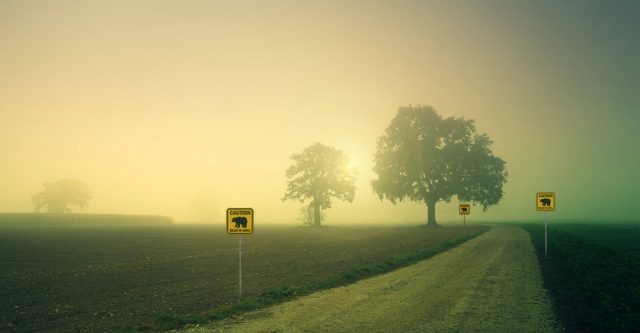 Warm summer months means that nature is at its full strength- everything from animals to plants are out getting some sunshine. It can be easy to enjoy your summer days without thinking about the harmful things they can bring, such as well known poison ivy rashes and the lesser known American black bear. That’s why the Missouri Department of Conservation (MDC) wanted to take a moment to remind Missourians to be aware of bears while enjoying being outside.

The American black bear happens to be one of the largest and heaviest mammals in Missouri. Although they used to be few and far to come by, their numbers have been on the rise- especially in southern Missouri. Their rapid increase in population has caused many citizens of Missouri to not realize how many black bears there are in the state, which leaves many Missourians ignorant on how to act when they come across a bear.

Wildlife biologists at MDC listed a few things that you can do to avoid having a confrontation with a bear, along with what to do if encounter one.

“First, stay alert and always avoid a confrontation with a bear,” MDC’s Natural History Biologist Kevin Brunke said, “Make plenty of noise while hiking, such as singing, clapping or talking loudly. Bears will usually hear you and move away from the noise you make.”

Brunke also said that if you do meet up with a bear, the best way to escape is to back away slowly with arms raised while speaking in a loud, calm voice- don’t run or shout. It’s safest to travel the wilderness in groups and keep a watch out for bear marks on trees or bear footprints.

If you’re camping, Brunke recommends keeping things as clean as possible, not only will this discourage night creatures like raccoons, but it will decrease your chance of a bear ravaging your camp. Never feed a bear; once you feed a bear, they keep coming back for more human food.  “Feeding bears makes them lose their natural fear of humans, and teaches them to see humans as food providers,” he said. “It teaches them to seek out homes, campsites, and neighborhoods to look for food, instead of staying in the forest.” [1]

If you happen to live in or near the country, it’s suggested that you hang bird feeders extra high (around 10 feet) and keep your yard free from trash or pet food. If you have a garden, beehive, chicken coop or orchard, Brunke advises that you put up electric fencing to keep the bears away.

To report any sightings of bears in the area, click here.