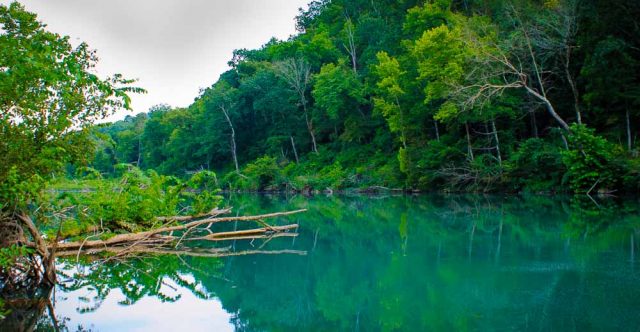 The Oregon County judge ruled that a state agency cannot buy certain specific land along the Eleven Point River to create an Eleven Point State Park. The judge ordered the state to sell part of the nearly 4,200 acres of land it bought in 2016 along the river.

Who Decided The Case?

Circuit Judge Steven Privett agreed with landowners who sued the Department of Natural Resources (DNR) to block it from acquiring 625 acres of land alongside the river. This area had previously been designated a Wild and Scenic Easement. Judge Privett ruled that the land cannot be used for a state park. He ordered the state to relinquish the acres within the easement. Judge Privett said,

As presented to the Court at trial, DNR has acquired as a state park lands which cannot under any reasonable interpretation be used as a state park…As such its actions are arbitrary and capricious.

How Did This Begin?

Back in 2016, the state bought this land as part of easement for the river. The agency wanted to open a new state park along the Eleven Point River. However, in 2017 landowners filed a lawsuit arguing that 625 acres of this land were within a federal easement along the river. [1]The landowners argued that since the land cannot be used by the public, the state parks agency cannot use tax dollars to buy it.

The Wild and Scenic Easement bars the use of land for boat access to the river, or for camping, or other recreational use.  This land is in Oregon County. This land can only be used for agricultural purposes. This easement was established when 44 acres of the Eleven Point River was designated a national scenic area back in 1968.

Currently, the U.S. Forest Service manages the easement. Nonetheless, the judge found that the state agency made no effort to work out an arrangement with the Forest Service to modify the rules barring public access. Without a public access to the river, a key reason for establishing a park on the river is invalid with the judge’s order. [2]

A spokeswoman for the DNR declined to comment on the judge’s ruling. The Missouri Sierra Club, which supports the DNR, is urging state officials to appeal.