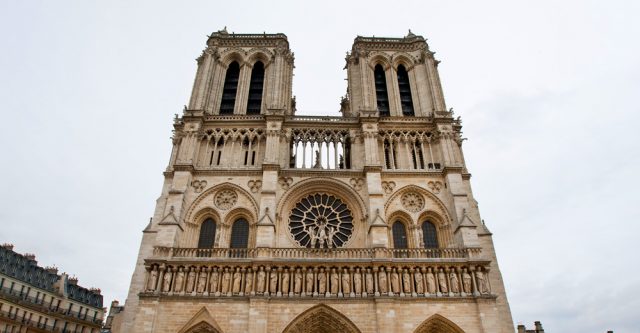 On Monday one of the most famous landmarks in Paris caught fire. The 850 year old Notre Dame cathedral was ravaged by a fire on Monday, causing its iconic spire to collapse. Although the total extent of the damage is still unknown, the fire was completely put out by Tuesday morning.

The old French landmark, which attracts millions of tourists every year was in the process of being renovated when it caught fire on Monday evening. [1] Although the cause of the fire remains unknown, there has not been any evidence that points to arson being the cause. French officials say that the fire could be related to the renovation process.

The Paris prosecutor has opened an investigation into “involuntary destruction by fire”. The company which was conducting the renovation when the fire occurred has said that it will fully cooperate with law officials. “All I can tell you is that at the moment the fire began none of my employees were on the site. We respected all procedures,” [2] Julien Le Bras, a representative of family firm Le Bras Freres.

News of the Notre Dame cathedral being damaged has spread like wildfire, and many French companies have pledged money to help with the reconstructing of the building. So far over $600 [3] million has been raised to help with the repairing of the cathedral. Many have expressed sadness at hearing about the fire. “Notre-Dame was our sister, it is so sad, we are all mourning,” said Parisian Olivier Lebib. “I have lived with her for 40 years. Thank God that the stone structure has withstood the fire.”