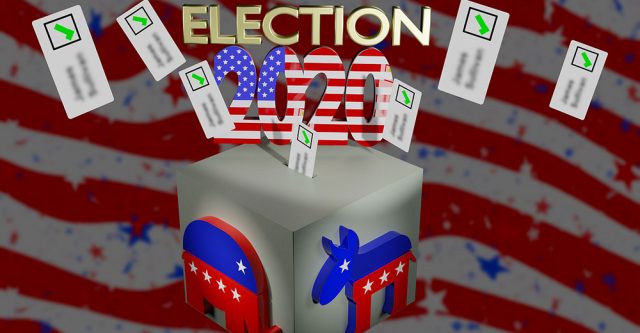 The 2020 Presidential election is decided at the ballot box.

The Arizona Senate will be hearing the final draft of a report produced from the 2020 election forensic audit results. They will hear the results at the Arizona State Capitol Complex located in Phoenix, AZ this afternoon at 1 PM Mountain Time.

The audit was conducted mainly because of conflicting testimonies and statements between on-the-ground witnesses who submitted sworn affidavits about problems with the election and the Maricopa County Board of Supervisors (MCbos) who were in charge of the November 3, 2020 elections in Maricopa County who stated that there were no problems.

CNN and USA Today reported last night and are reporting today that the audit will show that President Biden won the Maricopa elections legitimately.

Arizona State Senator Wendy Rogers responded last night that she had “just talked to Doug Logan via phone. The leaked draft is simply a draft and is only a partial report. Tomorrow’s hearing will render findings of great consequence. Then he said “God is in control”. Please pray for our audit team tomorrow as they present their findings.”

I just talked to Doug Logan via phone. The leaked draft is simply a draft and is only a partial report. Tomorrow's hearing will render findings of great consequence. Then he said "God is in control". Please pray for our audit team tomorrow as they present their findings.🙏🙏🙏

The Maricopa Board of Supervisors still insist nothing was wrong with the 2020 election. MCbos board member Steve Chucri was publicly stating that elections were fine until audio leaked of him privately saying that “Dominion, Right, Wrong or Indifferent, Damage Is Already Done” [1]. He announced Wednesday that he is resigning from the Board of Supervisors effective on Nov. 5 [2].

The MCbos Chairman, Jack Sellers, is on GPEC (Greater Phoenix Economic Council). He has been photographed in China and is involved with powerful interests internationally. His actions concerning the election in 2020 and his disobedience concerning straightforward court orders has led some to question his loyalty to his constituents.

Maricopa County Board of Supervisors’ Chairman, Jack Sellers, Has Close Ties with China – Is This Why He’s Fighting So Hard Against the Senate’s 2020 Election Audit in Maricopa County?

Report Will Be Published Today at 1 PM

The audit was started by the Senate, in part, as a review of the election to look for ways the voting procedures could be improved [3]. The audit started in May 2021.