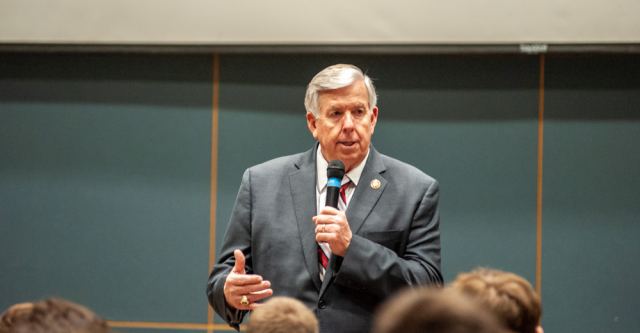 Governor Parson speaks to TeenPacters on March 30, 2022, at Jefferson City.

Governor Mike Parson came and spoke to the TeenPacters on March 30th. After he spoke, he answered some of the students questions. One of the things Governor Parson said in his speech is what we should have in life if we want to succeed.

During the Political Communications Workshop (PCW) on April 1st, students were able to trade with other teams. One of the teams had done something wrong so they got to choose between two punishments: pay some money or perform “Rudolph, The Red-Nosed Reindeer.” The team decided on the latter. They managed to convince some of their friends to join in as reindeer and even the staffers singing along.