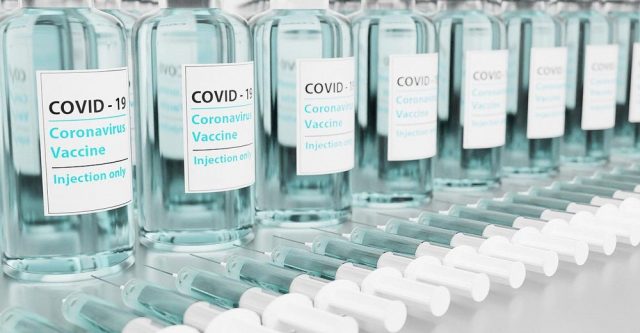 Last Thursday, Missouri Governor Mike Parson and other GOP political leaders in Kansas and Missouri had somethings to say to Biden’s new attempt to touch private businesses. Biden has directed the Department of Labor to create a rule to have companies with over 100 employees mandate vaccinations or weekly testing.

Our administration will reject the Biden Administration’s attempt to enforce an unconstitutional, federal vaccine mandate for Missourians and private businesses. pic.twitter.com/AV8dBPDqBy

What People Have to Say

Missouri Attorney General Eric Schmitt said, “Missouri has been a national leader in pushing back against the Biden administration and COVID related mandates. Biden’s historic overreach on vaccine mandates will not stand in Missouri. We’re at a crossroads in America — who we are and what we’re going to be. We must fight back.”

U.S. Senator Roger Marshall (R-Kan.) said, “This will likely get struck down in the courts but is a terrifying glimpse of the new Marxist Dem Party,” Marshall tweeted. “Every governor in America who believes in the constitution, the liberty of their citizens and the future of our republic must defy this president.”

Representative Sam Graves (R-Mo.) said, “This is just the latest example of the extreme executive overreach by this administration,” Graves said. “Quite frankly, it seems like a desperate attempt to distract from his disgraceful bungling of the withdrawal of U.S. troops from Afghanistan.” [1]

Our elected officials seem determined to defend our rights, and protect private businesses. [2]