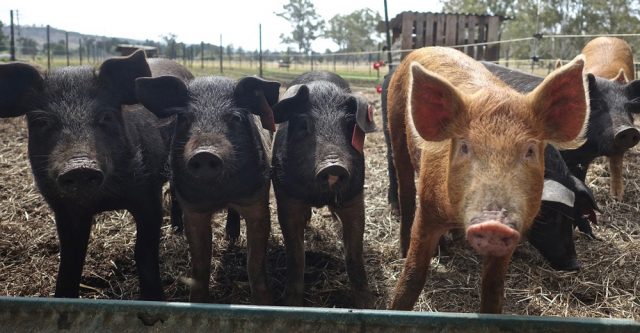 Back in May of 2019, the USDA’s (U.S. Department of Agriculture) Forest Service posted a notice in the Federal Register asking for public comment in an open and transparent process on a proposal to prohibit the hunting of feral swine on the Mark Twain National Forest. [2]

According to the Forest Service, “The proposal is part of a larger effort to control an invasive animal species whose rooting and foraging behavior causes nearly $2.4 billion in damage and control costs to farmers, landowners and to the local, state and federal agencies charged with managing those lands for the good of all.”

The Forest Service took public comments and open houses on the proposal last year and said, “The open houses are an opportunity to learn more about what public land managers in Missouri are experiencing as they continue to work together to eliminate feral hogs,” said Forest Supervisor Sherri Schwenke. “It is important for us to hear from the public to help us make an informed decision on how we can be most effective in our elimination efforts.”

The Forest Service made the case that, “Feral hogs are a public nuisance. They destroy agricultural crops, hay fields and wildlife habitat while reducing water quality, contributing to soil erosion and the destruction of sensitive natural areas such as forests, glades, fens, and springs. Because feral hogs are highly adaptable animals and prolific breeders, their numbers grow at an alarming rate.”

Members of the public were invited to participate in the public involvement period by submitting written comments and attending two open houses. The Forest Service received and reviewed over 1,200 comments during the 60-day comment period to determine if the proposal should be implemented as presented, implemented with modifications suggested by public comments, or not implemented at all. Comments, responses, and a summary may be found online: https://www.fs.usda.gov/detail/mtnf/landmanagement/?cid=FSEPRD629017

Forest Service Closure Order Will Include An Exception

In December 2019 the Forest Service announced a decision to close the Mark Twain National Forest to feral swine hunting. But, there will be an exception. Tony Crump, Mark Twain Deputy Forest Supervisor, said, “We appreciate the public’s involvement and interest in their public lands. The comments we received helped us determine the need to modify the closure order.”