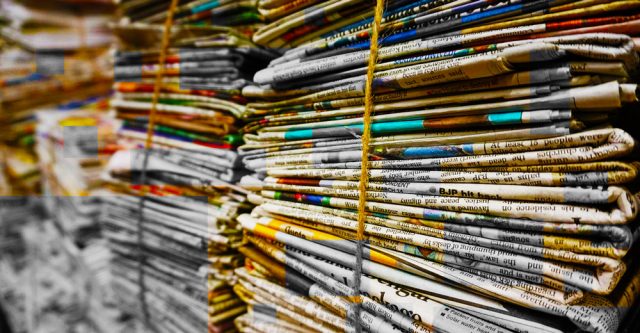 The New York Times has been a subject of controversy and criticism the past few weeks, ever since they published an “anti-Semitic” cartoon that depicted President Trump wearing a skullcap, being led by Prime Minister Netanyahu, who was shown as a guide dog wearing a necklace with a Star of David. However, one way to end the controversy about political cartoons is not to have them at all, which is exactly what editorial page editor for the New York Times, James Bennet, said was going to happen- starting July 1.

In April the New York Times published a political cartoon that quickly sparked controversy across the globe. They quickly apologized for the “anti-Semitic” cartoon, saying that they are “committed to making sure nothing like this happens again.”

We apologize for the anti-Semitic cartoon we published. Here’s our statement. pic.twitter.com/nifZahutpO

Thanks to the out-of-the-box thinking by their editor, James Bennet, they won’t have to worry about publishing another anti-Semitic cartoon again. Or worry about publishing any cartoon ever again because on Monday Times announced their plans to cease all publishing of political cartoons. Bennet did, however, deny that this decision to stop publishing cartoons was in response to the Netanyahu square. “I can tell you this: We’ve been talking about making this move for a long time,” Bennet said. “Once we decided not to do syndicated cartoons, it seemed like a logical step to make this move as well. That’s the truth.” [1]

This decision doesn’t come without criticism from other news sources as well as cartoonists. The decision has been called “just one more nail in the coffin of what is a struggling art form,” while cartoonists have referred to the decision as “devastating” and “spineless.” Some worry that because the Times is such a highly regarded news source in the journalism world, other newspapers will discontinue political cartoons.

Others think that this is just another result of pressure from”moralistic mobs” who rally on social media sites, forcing people to keep controversial opinions to themselves, becoming one of the mob, or at least part of the quiet audience.