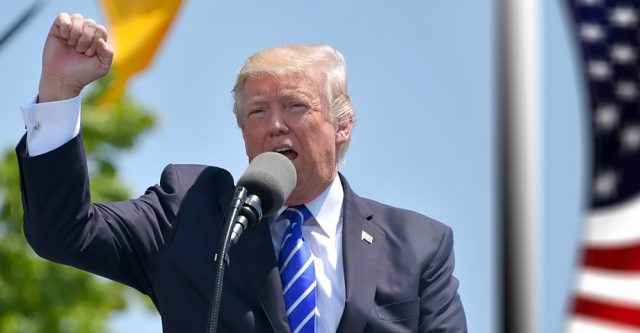 President Donald Trump spoke at The Wild Protest Rally on Wednesday, January 6, 2021, at The Ellipse in Washington, D.C. Here is President Trump’s speech.

What He Talked About

Some things from President Trump’s speech on January 6th was the media, Vice President Mike Pence doing the right thing, changes in federal voting, and illegal voting, among others.

President Trump said that the media is the worst problem the U.S. has.

He further went on to say,

Mr. Trump said in his speech that he hoped Vice President Mike Pence would do the right thing in accepting or not accepting the electoral college votes.

All Vice-President Pence has to do is send it back to the States to recertify, and we become president, and you are the happiest people. [3]

President Donald Trump said that only the state legislature can change the federal elections.

So just in a nutshell, you can’t make a change on voting for a federal election unless the state legislature approves it. No judge can do it. Nobody can do it, only a legislature. [4]

President Trump explained some of the votes counted, both legal and illegal. Some of the states he talked about was Pennsylvania, Georgia, and Arizona, among others.

So in Pennsylvania you had 205,000 more votes than you had voters…And this is a mathematical impossibility, unless you want to say it’s a total fraud. [5]

He went on to talk about Wisconsin and their votes.

Giving Strength To The Congress

President Trump closed out his speech with this,

So let’s walk down Pennsylvania Avenue. I want to thank you all. God bless you and God bless America. Thank you all for being here, this is incredible. Thank you very much. [8]

You can read his full speech, or listen to it, that he gave at The Wild Protest Rally on January 6, 2021, here.