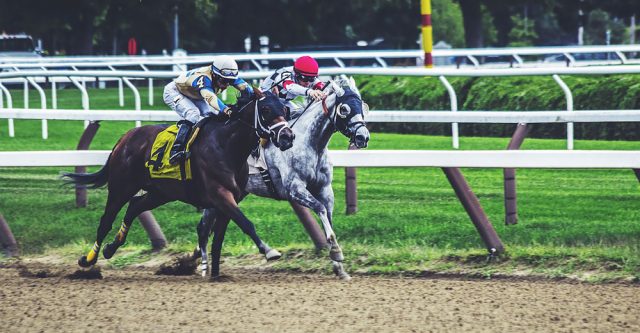 May 7, 2022, was the 148th Kentucky Derby. Three favorites were Epicenter, Zandon, and Messier. Far off the radar was Rich Strike, with jockey Sonny Leon, who overcame 80-1 odds to win the race.

Rich Strike entered the race with 80-1 odds. He wasn’t on anyone’s radar. For almost the entire race, everything went as the experts had predicted with the favorites being in the lead. His last three races had been on a synthetic surface, not dirt like the one at Churchill Downs. It was only his second win in eight starts.

Summer Is Tomorrow and Crown Pride led the horses during the first half. Messier was not far behind them. Epicenter and Zandon were slowly moving their way up. For the majority of the race, Rich Strike was near the back of the pack. Near the final turn, Rich Strike was in 17th position out of 20 horses. While Zandon and Epicenter were battling for first place, jockey Sonny Leon made his move on Rich Strike. They came up near the fence by Zandon and Epicenter. Rich Strike flew past the two horses and finished the race by 3/4 of a length lead. [2] Epicenter was second followed by Zandon.

The second race in the Triple Crown is the Preakness Stakes.  This will happen on Saturday, May 21, 2022, at the Pimlico Race Course in Baltimore, Maryland. Who are you going to cheer on?