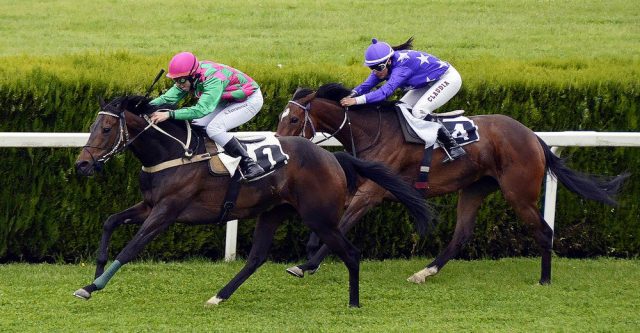 The Preakness Stakes took place on Saturday, May 21, 2022, at the Pimlico Race Course in Baltimore, Maryland. Three favorites were Early Voting, Epicenter, and Simplification. Early Voting blew past the two and won the Preakness by 1 1/2 lengths. [1]

When the gates opened, Armagnac and Early Voting leaped to an early start. Throughout the majority of the race, Armagnac led the horses with Early Voting right behind him.

As the nine horses came to the final stretch, Early Voting easily ran past Armagnac and into first place. Secret Oath, who was at the back of the group, got to second place as the horses were getting near the finish line. Epicenter edged Secret Oath out though.

Early Voting kept the lead in the final stretch and won by 1 1/2 lengths ahead of Epicenter. Creative Minister finished third and Secret Oath finished fourth. [2]

The last of the Triple Crown races is the Belmont Stakes. It will take place at Belmont Park in Elmont, New York, on Saturday, June 11, 2022. Make sure to stay tuned to see who the favorites are.