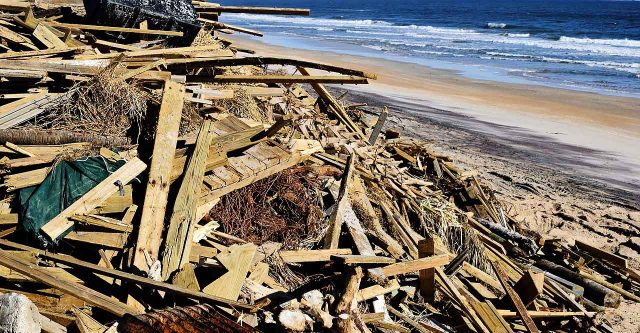 Last week Hurricane Michael made an appearance on the Florida panhandle. It quickly swept through Florida before moving northwards, through Georgia and Virginia. The past few day people have been working together nonstop to locate missing persons, bring supplies to communities, and build back what Michael destroyed.

Just days after Hurricane Michael swept through Florida, citizens have formed long lines outside of Salvation Army food trucks, and fire stations to collect food and water. Helicopters have also been air dropping food to places that can not yet be reached by land. Local officials are concerned that people will begin resorting to anything to survive. Just hours after the storm passed multiple dollar and convenience stores were looted. [1]

Florida Governor, Rick Scott, has been working with federal workers, assorted volunteers, and state officials to help distribute food, water, medication and safe places to stay for those who were affected by the storm. Most of Mexico beach has been obliterated by the storm. Hundreds of thousands of people still remain without electricity in Florida, Georgia, and Virginia.

There are hundreds of emergency management officials in the Panhandle working around the clock to do everything they can to coordinate resources, volunteers, and supplies coming into their communities. We cannot thank them enough for their hard work and dedication.

Currently, the death toll is 18, eight in Florida, three in North Carolina, one in Georgia and six in Virginia. [2] Officials expect that number to continue to rise as time goes on. Many Florida residents are still missing. Especially in Mexico Beach, one of the hardest hit places by Hurricane Michael.