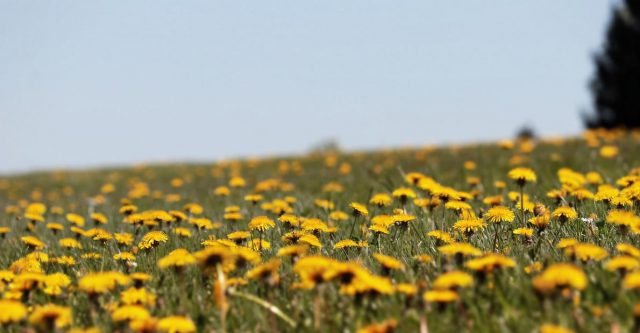 Monsanto, the mother company of the widely used weedkiller, Roundup, has just been ordered to pay over $2 billion to a couple that recently contracted cancer after using their product. Unfortunately for Monsanto, this is the third and the largest verdict against the company concerning Roundup.

In recent years the weedkiller product, Roundup, has been a product of scrutiny by many. Although Roundup is one of the world’s most widely used weedkiller, it doesn’t just kill weeds. Research has shown that the weedkiller is linked to NHL, a type of immune system cancer. In the past year alone, Monsanto has been ordered three separate times by varying courts to pay users of Roundup for compensatory damages.

Monsanto, now owned by the German pharmaceutical corporation Bayer, had been previously ordered to pay $289 million to Dewayne Johnson, a groundskeeper who contracted terminal cancer, and $80 million to Edwin Hardeman, who regularly sprayed his property with Roundup. Now the company has just been ordered to pay more than $2 billion to a couple, the Pilliods, in California, who have non-Hodgkin’s lymphoma (NHL).

This latest case has the largest damage fees they’ve had to pay so far, and not just money wise. Bayer has seen a steady drop in share prices this year along with a rise in the number of lawsuits from cancer patients, cancer survivors, and family members of those who died from cancer.

Although Monsanto has repeatedly denied that Roundup causes cancer, previous attorneys that have gone up against the company say otherwise. “We were finally allowed to show a jury the mountain of evidence showing Monsanto’s manipulation of science, the media and regulatory agencies to forward their own agenda despite Roundup’s severe harm to the animal kingdom and humankind,” Michael Miller, the Pilliods attorney, said in a statement. [1]

“Monsanto has never had any interest in finding out whether Roundup is safe,” R Brent Wisner, another one of the Pilliods’ attorneys, said in a statement after the verdict. “Instead of investing in sound science, they invested millions in attacking science that threatened their business agenda.”

Bayer has said that they are “disappointed” in the verdict and will be appealing citing the approval of glyphosate by the U.S. EnviromentalProtection Agency (EPA) along with “the consensus among leading health regulators worldwide that glyphosate-based products can be used safely and that glyphosate is not carcinogenic, and the 40 years of extensive scientific research on which their favorable conclusions are based.” [2]