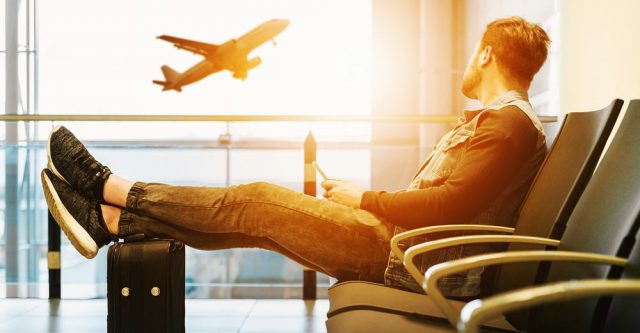 Chick-fil-A might be the third largest U.S restaurant chains well as being ranked as the number one fast food restaurant in terms of customer service [1] but that doesn’t mean everybody loves them. The chain has repeatedly met and managed to overcome, hurdles that are based on its religious affiliations as well as their position on gay marriage. These hurdles might not ever stop for Chick-fil-A, on Thursday a councilman in Texas made a motion to approve the Food, Beverage and Retail Prime Concession Agreement with Paradies Lagardère at the San Antonio International Airport but the agreement does not include Chick-fil-A.

District 1 City Councilman Roberto Treviño is all for the concession agreement with Paradies Lagardère, which will impact the San Antonio International Airport but what Treviño is not for is Chick-fil-A. Chick-fil-A lacks inclusiveness, therefore, he will ban Chick-fil-A.

“With this decision, the City Council reaffirmed the work our city has done to become a champion of equality and inclusion,” Treviño said. “San Antonio is a city full of compassion, and we do not have room in our public facilities for a business with a legacy of anti-LGBTQ behavior.” [2]

The airport will have various places to buy food from including The Luxury, Smoke Shack BBQ and Southern Kitchen, Boss Wood Fired Bagels & Coffee, Sip Brew Bar and Market, Local Coffee, and the Spurs Store.

“Everyone has a place here, and everyone should feel welcome when they walk through our airport,” Treviño said. “I look forward to the announcement of a suitable replacement by Paradies.”

On Wednesday, ThinkProgress released a report that put Chick-fil-A back in the spotlight. Despite Chick-fil-A saying that it has an anti-LGBTQ agenda, its tax filing shows that they have given over $1.8 million to groups that have a record of discrimination towards LGBTQ [3].

These include donations to the Salvation Army, Fellowship of Christian Athletes, as well as the Paul Anderson Youth Home.

Chick-fil-A is one of the last of the dwindling companies that don’t include protection against discrimination of sexual orientation. CEO Dan Cathy has before stated that America is “inviting God’s judgment on our nation when we shake our fist at him and say we know better than you as to what constitutes a marriage.”

Not the First Time

“This is the first we’ve heard of this. It’s disappointing. We would have liked to have had a dialogue with the city council before this decision was made.” the company said in a statement. “We agree with Councilmember Treviño that everyone is and should feel welcome at Chick-fil-A. We plan to reach out to the city council to gain a better understanding of this decision.”

This isn’t the first time that Chick-fil-A has been failed to be included due to their religious beliefs. Rider University in New Jersey refused to allow Chick-fil on its campus because of the chains “hateful beliefs,” even though it was students’ number one choice of fast food. [4] Twitter CEO Jack Dorsey also apologized for eating Chick-fil-A during June- also known as Pride Month- after he received backlash. [5]