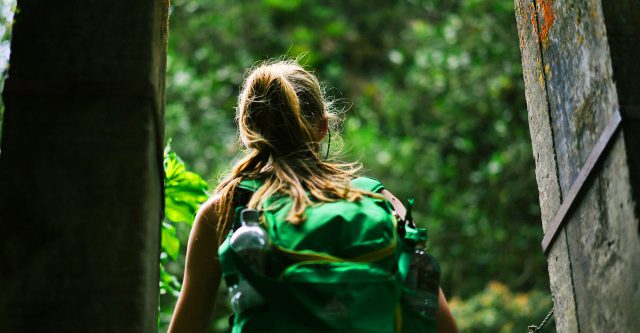 Girl going on a hike.

Girls can now join the Boy Scouts, the Boy Scouts have been renamed to Scouts BSA, and the Girl Scouts aren’t happy with this new inclusiveness.

Long have girls wanted to join the Cub Scout program and strive for the Eagle Scout ranking. But the Boy Scouts have only allowed boys into their program, causing many families to send letters of complaint to the company.

Now, after several years, the Boy Scouts of America have changed their name to Scouts BSA and are officially allowing females to join the club. Girls, between the ages of eleven and seventeen, are welcome to join their older youth program after the change has been officiated. [1]

“I could not be more excited for what this means for the next generation of leaders in our nation,” chief scout executive of Boy Scouts of America Michael B. Surbaugh said in a statement. “Through Scouts BSA, more young people than ever before – young women and men – will get to experience the benefits of camaraderie, confidence, resilience, trustworthiness, courage, and kindness through a time-tested program that has been proven to build character and leadership.”

For many decades, the Boy Scouts of America has welcomed young women into its Venturing, Exploring, and Sea Scouts programs. And today, the BSA further expands that legacy by welcoming young women into Scouts BSA. #ScoutMeIn #ScoutsBSA https://t.co/yRf6P9qMXM

No Plans for Co-Ed

For those worried about the boys and girls working together, Laurel Highlands Council Scouting Executive and CEO, Sharon Moulds, told NPR that the Scouts BSA had no plans to ever introduce co-ed troops.

“There are girl troops and there are boy troops,” she said. “Generally what people are concerned about is they think they’re going to merge together … that’s never going to happen.” [2]

Not everyone is happy about the newly inclusive Scouts BSA though. The Girl Scouts have repeatedly accused the Boy Scouts of recruiting girls in the past several years. In 2018 the Girl Scouts moved to sue the Boy scouts- citing that the Boy Scouts were engaging in unfair competition.

And on Friday, after the Scouts BSA officially began allowing females to join, the Girl Scouts told CNN that the Boy Scouts decision “does not change the position of Girl Scouts of the USA or our mission to serve girls, and girls only, and to foster their amazing leadership potential.” [3]