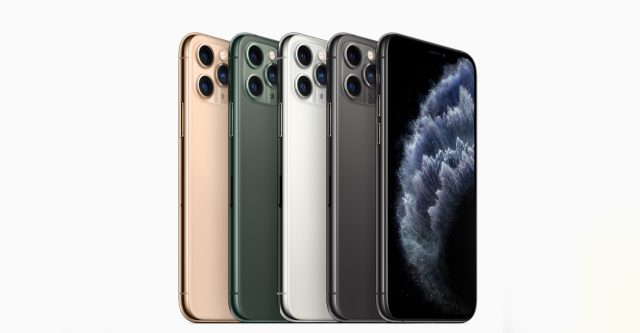 On Tuesday Apple announced their newest trio of smartphones; no longer is the iPhone X the big thing, it’s now all about the iPhone 11 and its slightly controversial back cameras. However, although the iPhone 11 is the new “it” phone, are they worth the $1,000 price tag? And are you really saving $300 by buying the iPhone 11 at $700 instead of its more techy brothers, the iPhone 11 Pro and 11 Pro Max, which cost upwards of $999? It’s time we begin to face the future, and with that, face the unfortunate reality that phone creators cannot continue to release a phone every 10 months. Apple’s newest flagship is sailing towards a new world, one where the iPhone doesn’t run the show.

September 9, Apple released their newest phones, the iPhone 11, the iPhone 11 Pro, and the iPhone Pro Max (starting at $699, $999, and $1,099 respectively). Like so many of the iPhones that have set sail before it, the 11 comes with a more powerful chip and an even better camera than its predecessor, the iPhone X.

Strangely enough, that’s all it comes with.

Besides the addition of another camera sensor and a triple camera system on the 11 Pro, it’s almost identical to the iPhone X. “Ultra Wide, Wide and Telephoto camera, delivering huge improvements to low-light photography and offering the highest quality video in a smartphone that is great for shooting action videos,” proclaims the Apple website, but that’s basically where the bragging stops. Besides the high tech camera system, the specs of the 11 are so similar to the X making many wonder why Apple even bothered to put out another phone.

“iPhone 11 Pro and iPhone 11 Pro Max are the most powerful and advanced smartphones we have ever made. They are packed with sophisticated technology that pros can count on to get their work done, and for anyone who wants the very best device made, even if they are not a pro,” [1]said Phil Schiller, Apple’s senior vice president of Worldwide Marketing, before moving on to what exactly “sophisticated technology” is.
“iPhone 11 Pro has the first triple-camera system in iPhone and is far and away the best camera we’ve ever made, it provides our customers with great range of creative control and advanced photo and video editing features in iOS 13.” Schiller said, then briefly commented on how their new power chip allows the phone to have an even longer battery life- the brunt of many a joke on twitter.
Even more disappointing than the new iPhone 11 Pro Max is the iPhone 11. The 11 is almost a replica of the iPhone XR, from the same screen to the same body. The iPhone XR was often referred to as the ‘budget” iPhone, due to it costing only $600 compared to the XS’s $1,000+ price tag. If you take away the second back camera and the newest colors, the iPhone 11 is just a knockoff of the XR, except without the “budget” tagline.

So why does Apple continue to kick new phones, that look exactly like their old phones, into the market? Especially since less and less people are upgrading their phones every year. Apple has a large base of customers who will buy anything they put on their shelves, no matter the price, but maybe Apple should back off and come up with something worth selling.Not just the iPhone X Remastered.
They won’t lose that many customers if they don’t release a phone for two years- infact, they might gain a few new customers.