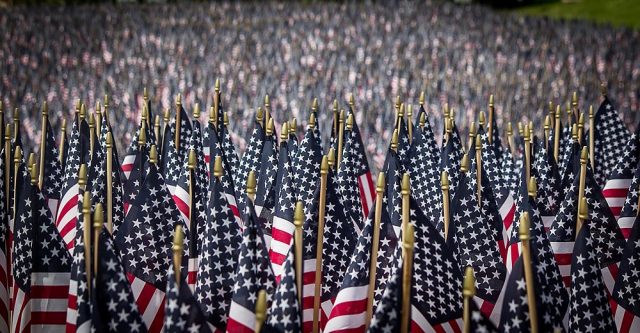 Eighteen years ago, al Qaeda terrorists overtook multiple plane flights and crashed them, killing nearly 3,000 people while hoping to destroy the American spirit. Today, on September 11, we take a moment to remember the people that died in the attacks as well as turning our thought to the men and women who are stationed overseas, those who are working in law enforcement, the Department of Homeland security, and other offices and thank them for protecting our country.

This morning President Trump made some remarks at the Pentagon during the Pentagon Observation Ceremony. “For every American who lived through that day, the September 11th attack is seared into our soul. It was a day filled with shock, horror, sorrow, and righteous fury,” said Trump.

“Even in the midst of the attack, the world witnessed the awesome power of American defiance. Forty passengers and crew on Flight 93 rose up, fought back, and thwarted the enemy’s wicked plans. In their final moments, these American heroes thunderously declared that we alone decide our fate.

“Here on the western side of the Pentagon, we saw brave men and women rush into the fire and race into the scorching flames to rescue their colleagues. When evil seeks to do us harm, the incredible men and women of the United States military answer with unyielding valor and unstoppable resolve.”

President followed by reminding everyone that the future of the U.S. is in the hands of Americans. “The heroes present today remind us of an immortal truth. The future of our nation is secured through the vigilance of our people… The sons and daughters who suffered grave loss, and yet through it all, persevere to care for our neighbors, defend our homeland, and safeguard our nation. Each of your lives tells the story of courage and character, virtue and valor, resilience and resolve, loyalty, and love.” [1]

Let us never forget our heritage; let us continue to strive to live up to our values and continue to live as a Godly country.