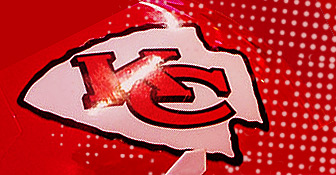 Jacksonville, FL. – On Sunday’s (September 8, 2019) game against the Jacksonville Jaguars in Jacksonville, Florida, the Kansas City Chiefs quarterback and wide receiver got injured. Patrick Mahomes, their quarterback, and Tyreek Hill, the wide receiver, both sustained injuries in the first half, fortunately, Mahomes is expected to play in the next game, Hill, however, might be sitting out the next four or five games.

In the first quarter of the game Mahomes threw to wide receiver Tyreek Hill. Hill caught it then got tackled by Jalen Ramsey, cornerback for the Jaguars. When Hill and Ramsey hit the ground, Hill’s shoulder had all the weight of Ramsey and Hill on it. Tyreek Hill was taken off the field and to the locker room in a golf cart. While the game was still going Hill was taken to the nearby Baptist Medical Center for tests.

The report came back that Hill had a sternoclavicular joint dislocation. The dislocated sternoclavicular joint was reduced without surgery. Hill stayed the night at the medical center than took a flight back to Kansas City Monday. Tyreek is expected to miss four to six weeks. “I know there is speculation out there about how long, but he’s truly a week-to-week injury. He will be listed as out this week.” Chiefs head trainer and VP Rick Burkholder said. [1]

In the second quarter in the game against the Jaguars, Chiefs quarterback Patrick Mahomes sprained his ankle. He was being crowded in the pocket by Jaguars defenders on third-and-7 at Jacksonville’s 7-yard line; he got tackled by multiple Jaguars when his ankle got sprained.  After the play, Mahomes had to be helped off the field. Mahomes went to the blue tent to get his ankle checked out and came out a few moments later with his left ankle heavily taped up. The coaches let him get back into the game after he was checked on. As he walked back onto the field you could see a noticeable limp. Coach Andy Reid was keeping an eye on him throughout the rest of the game. Mahomes managed to not miss a single play during his visit to the blue tent, as the referees were talking over a fight that had started while Mahomes was being checked.

After the game, Mahomes had a more thorough examination of his ankle. When he came out to talk to the media, he said that his ankle was fine. Mahomes did not have any sort of brace or boot on his ankle, so many figure that the sprain is minor. On Wednsday Patrick Mahomes was doing his normal reps at practice.

Mahomes said to the media, “It’s feeling better every single day. That’s the biggest thing. That first day after, it was a little sore. Since then, the swelling’s gone down, and I’m able to move around a little bit better, so I’m excited about getting on the practice field and be able to go out there and still get all the reps that I would usually get.” Mahomes continued by saying, “If you played sports, you’ve had ankle injuries before, so right when it happened, I knew what it was, but I was glad I was able to get back out there and finish the game and excited about the progress I’ve had so far.” [2]

Patrick Mahomes is scheduled to play this Sunday. Tyreek Hill will not. September 15, 2019, the Kansas City Chiefs are going against the Oakland Raiders at the O.co Coliseum in Oakland, California. The game will start at 3:05 Central Time and you can watch it on CBS.