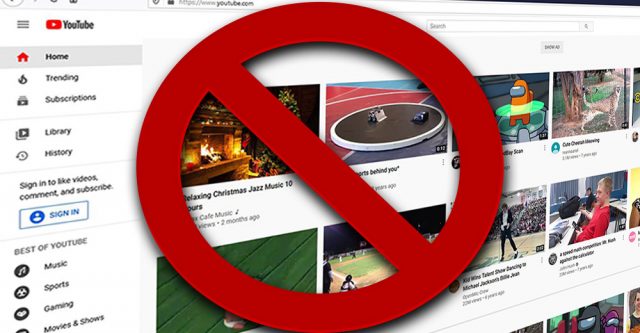 Not only do more than of 70% of Americans believe there was fraud in this recent election – which there was – but over 30% of voters believe fraud impacted the results of the election.

“Since September, we’ve terminated over 8000 channels and thousands of harmful and misleading elections-related videos for violating our existing policies.” the YouTube post said. The post continued, “Our Community Guidelines prohibit spam, scams, or other manipulated media, coordinated influence operations, and any content that seeks to incite violence.”

YouTube allowed exceptions stating that “news coverage and commentary on these issues can remain on our site if there’s sufficient education, documentary, scientific or artistic context.”

Users are speaking out. True the Vote Founder and President Catherine Engelbrecht said, “YouTube’s recent policy announcement regarding their policing of content on the presidential election is an affront to Americans’ right to free speech.” She continued, “Not only do more than of 70% of Americans believe there was fraud in this recent election – which there was – but over 30% of voters believe fraud impacted the results of the election.” Engelbrecht finished her statements by asking people to follow True the Vote on “newer platforms like Parler and Rumble. We will share our message far and wide over all platforms, and we will challenge and persevere against those who try to silence us [2].”

Twitter users speak out too. Barbara said, “Hiding facts from the public doesn’t change anything! People are able to see it other places!”

Hiding facts from the public doesn’t change anything! People are able to see it other places!

Talkshow host, author of the Bongino Report, and vlogger Dan Bongino states, “I dare the tyrants at YouTube to kick me off their platform” for “covering alleged election fraud [3].” He even went further to talk about the current lawsuit from Texas against the states of Georgia, Michigan, Pennsylvania, and Wisconsin that is before the Supreme Court.

Some also question the timing regarding this censorship decision. In the past, YouTube allowed videos that complained about fraud in the 2016 Presidential elections but now are clamping down on this election. The question whether the fact that Google (Google and YouTube are owned by the same company) is engaged in a monopoly lawsuit brought by the U.S. Justice Department [4] under the Trump Administration has anything to do with their change of mind?