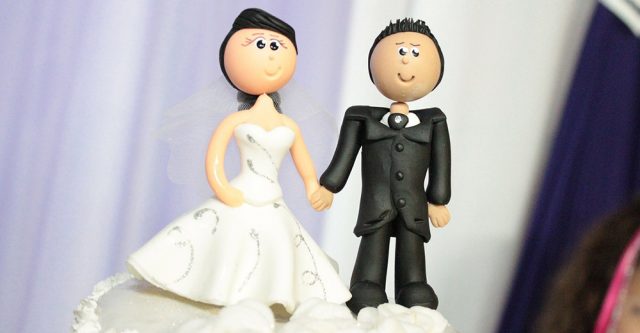 This is an essay written by Frank DeVenuto of Salem, Mo, who was a candidate for state representative.

Marriage between one man and one woman provides a solid foundation for communities and ensures the survivability of a nation. Research indicates children are more stable emotionally, mentally, and psychologically when raised by a mother and father. [1]
Recent interviews from children growing up in same-sex households suffer greater bouts of suicide and depression.

They believe children need a father and a mother. [2]
While people dismiss this data, there are crucial issues at stake. Individual liberties, morality, and social norms are squelched when the government uses legislation to force one group’s views upon another. Morality legislated is not liberty nor moral and only those with liberty can truly exercise freedom of action, words, and thoughts.

Proponents of same-sex marriage say it is a civil rights issue similar to African-Americans. However, the problem is that the color of a person’s skin is determined by genetics while homosexuality/lesbianism have no scientific support for a homosexual gene. [3] It is an issue of science and facts versus personal feelings.

Government’s Role In This

Ultimately, the U.S. Constitution and our nation’s future are at stake. Since the government is choosing sides and redefining what has been socially acceptable for centuries, it usurps an individual’s liberties by forcing individuals and society to conform to its interpretation of marriage – whatever and whenever it decides to change truth and reality. Instead of protecting each person’s individual liberties as required by the U.S. Constitution, the government appeals to social issues, personal agendas, and political clout to give some groups the distinction of being in a special class of citizenship.

This course of action has already shown in the United States, and other countries around the world, that the Freedom of Speech, the Freedom to exercise one’s religious beliefs, the Freedom to peacefully assemble, and Freedom to petition the government for a redress of grievances (all found in the First Amendment) are being squelched by all three branches of the government – and the erosion of these rights is accelerating.

As Kelly Shackelford, First Institute, said last year at the Pensmore Religious Liberty Symposium at the College of the Ozarks, that if we do not pray up, stand up, and speak up, our religious liberty will be gone within five years – and with it, all other liberties will fall as well.