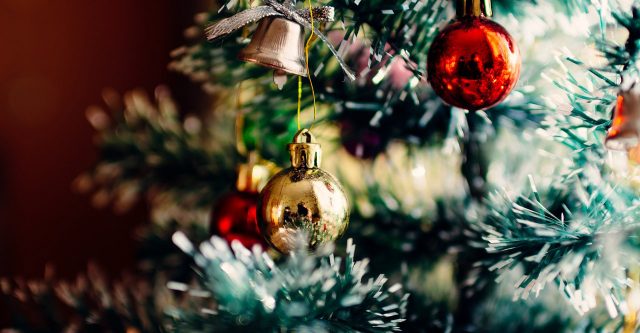 This year, the annual Christmas parade in Alton will be a little bit different than the past several years. The Alton Chamber of Commerce and the Alton Culture Club have joined to make December a special night.

In the past, Alton used to have a large Christmas tree set up near the Courthouse and the parade used to travel through town, decked out in lights, after the sun went down. After several years of the Christmas parade being held in the morning, Alton is changing things up due to popular demand; there will be a very tall tree near the Courthouse this year along with a night parade in Alton. And afterward? Christmas in our Town begins so that you can get some holiday shopping in while supporting local businesses.

When does the Christmas season officially begin? When decorations come out in stores? The day after Thanksgiving? December first? Nobody can tell, but we can tell you that on December 2, the Culture Club and the Chamber of Commerce will be decorating the Courthouse for Christmas to start off the festivities. If anyone wants to stop by and help put up a 14 foot tall Christmas tree, along with candy canes, wreaths, and candles, Alton welcomes your help.

On December 7, the fun will begin with the annual Mr. and Ms. annual Christmas Pageant. This year the pageant will not be held at the High School, instead, it will be held on the Courthouse steps at 4 p.m. In the past, the pageant was held in front of the Courthouse but was moved into the gym many years ago. Santa Claus will be at the Courthouse with his sled if anyone wants pictures with him- he will not be at the Alton Florist this year.

Immediately following the pageant, around 5 p.m., will be the Christmas parade, with the theme of “Light up our Town.” It will be dark, or at least dusk when the parade begins so you are encouraged to decorate your float in as many Christmas lights as possible! To enter your float, you can find forms at the Alton Bank and Southern Bank.

After the parade, everyone is invited to enjoy Christmas in our Town, businesses around the square will be open offering holiday discounts along with hot cocoa and/or cookies until 8:30 p.m.

Feel free to come join the Christmas festivities on December 7 and make some new holiday memories.