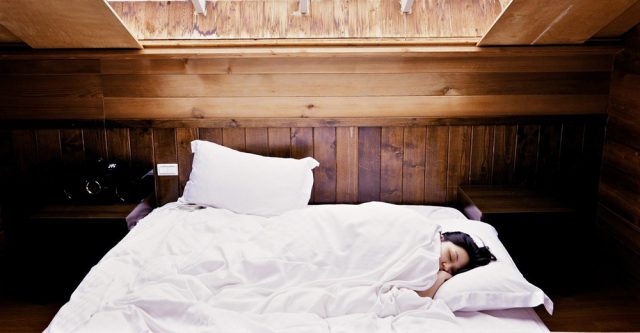 Sleep deprivation is a common problem among adolescents which negatively impacts their cognitive functioning, emotional regulation, and overall health. A new study shows that homeschooled teens sleep longer each week than their public school counterparts, thereby, allowing them better health. Here are the statistics.

Who Did The Study?

A study published in Behavioral Sleep Medicine found that homeschooled teenagers who begin their day experience an average of 49 more minutes of sleep per day [1]. For school days, this amounts to 4.1 extra hours of sleep per week, or the time needed to wake earlier for students to catch a bus to arrive at school on time.

Teenagers need a minimum of eight hours of sleep per night to perform their best [2]. In another recent study, it was found that many adolescents did not get that amount of sleep. About 43% of freshmen boys received their necessary sleep. By the time they graduated, however, only 25% slept the needed 8 hours per night. Girls fared worse. Researchers found that girls studied more, talked more, and took longer in the morning to get ready. Only 36% of freshmen girls got the essential sleep. By the time they graduated, only 23% of senior girls received 8 hours of sleep per night.

In contrast, homeschooled teenagers are able to adapt their schedules to counter their body’s needs. Many teens get jobs. Besides school, that makes a longer day. Oftentimes, they don’t get ready for bed until after midnight. Teenagers are often hungry and wide awake at midnight. By eating then sleeping, the public school teen arises early to begin yet another day. However, the home educated person can adjust his clock, arise later, and overall, begin the day later. Countless homeschool teens sleep late and still get the required schoolwork completed on time with better grades than their out of home schooled peers.

In conclusion, a few school systems have tried implementing a later school day for teens, only to be thrust back by parents and teachers. Open minded parents can work with school systems to align their student’s work schedule with his learning time, in order to get the top performance of the teen.