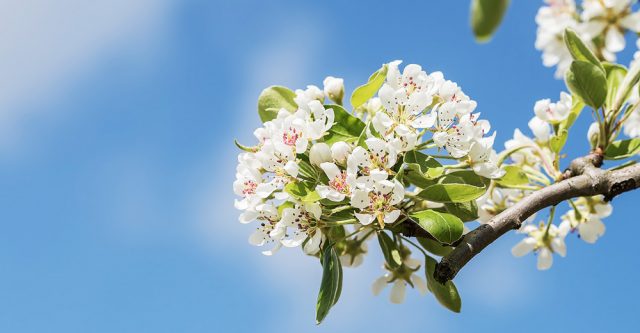 What’s your favorite part about springtime? Maybe it’s the grass turning green after a long winter or the air warming up and the sun shining. You might be a big fan of the colorful, blooming bushes and trees which can be seen scattered across lawns and fields. The pear tree happens to be Missourian’s favorite decorative tree.  And I can understand why. Not only does the Callery pear tree have beautiful white blossoms in the spring but in the summer it grows into a beautiful shapely tree, filled with bright green leaves.

Unfortunately, the Missouri Department of Conservation (MDC) is urging the public to stop planting those trees and instead plant something native to the area.

In the 1960s the Callery pear tree was introduced to Missouri as an ornamental landscape tree. They quickly became popular to Missourian’s who loved them for their beautiful blooms and their ability to grow at a relatively fast rate. The Callery pear tree, also known by other names such as the Bradford pear, Cleveland Select, Autumn Blaze, or Aristocrat, usually is an inexpensive tree as well, sold at many stores.

But the MDC says that despite everything this tree has to offer, you should stop planting it. The Callery pear tree happens to be a highly invasive species that can spread quickly thanks to their being able to flourish in poor growing conditions. The pear tree continues to crowd out native Missouri plants as time passes.

“Different varieties of these ornamental pear trees were planted close to each other, which allowed them to cross-pollinate and take over natural areas,” said Forestry Field Program Supervisor Russell Hinnah. “But they’re also a poor landscaping choice because they don’t do well in storms, often losing limbs or splitting apart.” [1]

MDC recommends planting an alternative to the ornamental pear tree the next time you’re looking to increase the beauty of your yard. “The best plan is to select species native to Missouri, and there are several great options,” said Hinnah. “Serviceberry trees produce similar showy white blooms in the spring and have small red fruits that attract wildlife.”

Other alternatives to the Callery pear include the American plum, Hawthorn (which provides fruit and has a vibrant color in the fall), eastern redbud and Missouri’s state tree, the flowering dogwood (which can be difficult to grow).