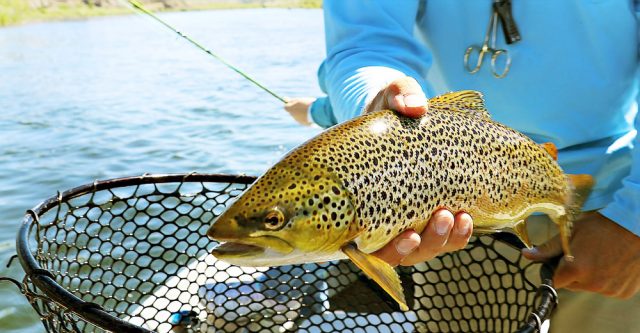 The annual winter restocking of rainbow trout in three of southeast Missouri’s lakes is about to wrap up; after the restocking comes the winter trout program, which begins November 1 and runs through January 31.

Perryville’s Legion Lake, Jackson’s Rotary Lake, and Farmington’s Giessing Lake are all in the process of being stocked with rainbow trout and “lunkers” before the winter trout season opens on November 1.

According to Fisheries Management Biologist Paul Cieslewicz, who works for the Missouri Department of Conservation (MDC), around 3,760 rainbow trout will be stocked in Legion Lake before the trout program opens on the first. Likewise, MDC Fisheries Management Biologist Mike Reed also reported that approximately 1,900 trout will be stocked in Rotary Lake and 1,200 in Giessing Lake. The number of lunkers added to each lake is unspecified.

Trout can be caught using various types of lures. “Flies, which imitate aquatic insects, are popular with fly fishers,” he said, “but spinners, small spoons, and other small lures are also good choices,” said Reed. Light line and tackle will also be more convenient when catching trout than heavier tackle. For more information about the trout fishing season, you can either call MDC’s southeast office at (573) 290-5730or visit their website.

On November 1, the annual winter trout fishing program will open up across the state of Missouri. Anglers can fish during the winter season as long as it’s on a catch-and-release basis. All fish that anglers catch must be released, unharmed, immediately back into the water they were captured from, anglers are also limited to only use flies, artificial lures, and unscented plastic baits during the November 1 to January 31 season.

Anglers are only permitted to use one rod at a time and cannot use chum. Anglers are allowed to catch and harvest trout, regardless of the size, on February 1, 2020, using any bait. [1]