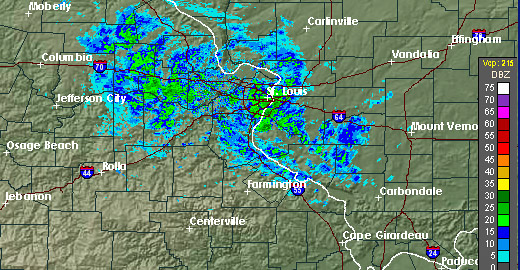 It happens to be December, and you’re anticipating the snow that will, unquestionably, come on Christmas Eve. You check your phone and see a snowstorm happening on the 22nd. How much snow will you get? You check those amazing animated weather maps. Vividly colored with blues and purples. The chart says 10 to 12 inches. A whole foot of snow!

So December 22nd rolls around, and it does start to snow, flurry actually. By the end of the day, you’ve only received a half inch of snow in the drifts.

Winter storm forecasts can be uncertain even a day or two before they’re supposed to happen. In other words, if you’re looking at a map showing a forecast for one to two weeks into the future, you should disregard it. Things like the ocean, dry air pockets, and various temperatures can affect the winter storm in the time between it being announced and it happening. [1]

There are so many factors working to determine how much snow you get that it’s near impossible to give exact numbers in a long-range winter storm forecast. There is a reason why weather forecasters use words like “uncertain,” and they’ll “provide more details as they are available.”

Unfortunately, those winter storm maps, covered in blue, announcing that you could get up to eleven inches of snow, are not taking into account how much snow can be produced by certain precipitation. If it’s sleeting or raining, the amount of snow expected could be higher than the actual amount you’ll receive.

On top of that, those maps often don’t take into account how much snow can be produced from the forecast amount of liquid equivalent precipitation, also known as the snow ratio. Snow totals on the maps can also be inflated in areas where sleet is expected rather than snow. [2]

This isn’t to say you won’t get snow next week when the weather channel is saying you’ll get snow next week. This is just taking maps with a grain of salt when they’re predicting more than two days in the future.