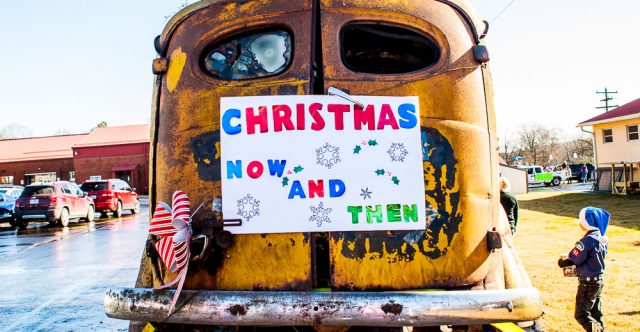 Christmas now and then.

Time to Line Up

The annual Christmas parade for Alton Missouri began in the high school parking lot. Just before ten in the morning cars, decorated floats, and horses started to line up for their walk. Parents encouraged their kids who were on the floats. People made last-minute adjustments on their clothes and their ride (horses and cars alike).

At eleven in the morning the parade slowly started, up the hill, out of the high school parking lot, into open streets. People were already congregated by the road streets. Around the square grandparents had folding chairs set up as their grandchildren waited eagerly for the parade to pass. Or maybe they were waiting eagerly for the assorted candies to be thrown at them.

Multiple decorated floats circled the square tossing candy at the onlookers before heading back to the high school. Polished cars drove slowly along on the road, revving their engines and waving at onlookers. Then came the much-awaited Santa Claus himself. Behind him came the horses and ponies donned in Christmas getup. Then just like that, the parade was over. Twenty-five more days until Christmas.