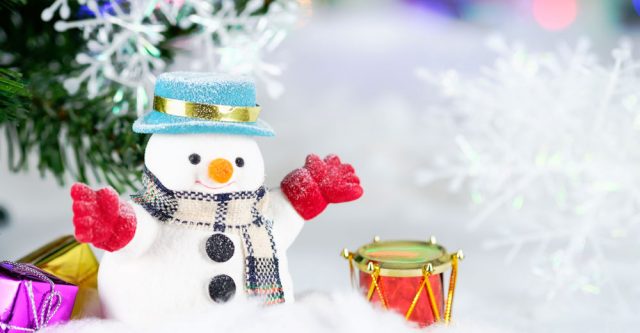 Tonight is also the eve of the Epiphany. The celebration of the Magi or Wise Men arriving to pay their respects to the King of kings. Epiphany is a celebration that was celebrated even before the first records of Christmas celebrations and dates back to the third century.

Some Christians spend the 12th night in fasting preparing for the revelation of the incarnation of God in Jesus, which is the Epiphany celebration. Others celebrate with feasting and parties. One of the traditions is the traditional fruitcake.

Faith of Our Fathers

The Bible says, “Remove not the ancient landmark, which thy fathers have set.” So it’s a prudent exercise to think about how God has moved men to “build” landmarks to point to God’s works in this world. Like the Israelites did after God did great things for them.

If we ask ourselves what a tenseled tree or an evergreen wreath or even a plum pudding has to do with the birth of Jesus in Bethlehem, we’re likely to be stymied [1].

Not all traditions are good at glorifying God, but many are. It’s up to us to “try” them and “search the scriptures to see if…” these traditions conform to God’s word.

We think about why trees, wreaths, eggnog, fires, lights, singing and praising God in all we do in preparation for what this next year can be if we only yield ourselves to him as “living sacrifices.”

The bright tree is our return to paradise. With greenery and flowers, winter melts into Eden’s endless spring. Fruit cakes represent the harvest of justice. Eggnog is the milk and honey of the promised land. Mistletoe heralds the coming of the Prince of Peace. Lights strung around our doors welcome all the world to the homecoming of heaven [2].

So from all of us here at AltonMo.com, please receive this with the heartfelt joy it is given- Merry 12th day of Christmas!